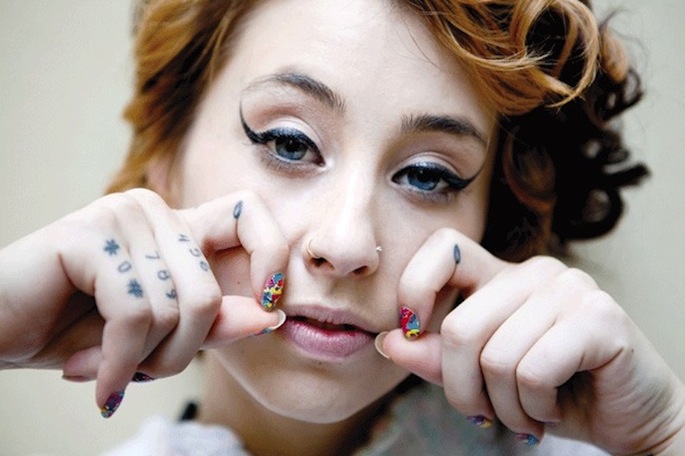 The polarizing Cali rapper’s debut is a flop; the Internet explodes with schadenfreude.

Even in the age of depressed sales, 3,900 units can’t be what parent company Sony expected when they handed Kreayshawn a million dollar deal last spring. Rumor has it that this is the lowest first-week sales figure for a major label debut of all time. For reference, her viral video hit ‘Gucci Gucci’ had about 10,000 times as many plays (re-watch it below).

Perhaps it’s a lesson in striking while the iron is hot, or at the very least in releasing a better single than ‘Go Hard’. In November, Kreayshawn hits the road with the all-girl Group Hug tour with Rye Rye, Honey Cocaine, and Chippy Nonstop.