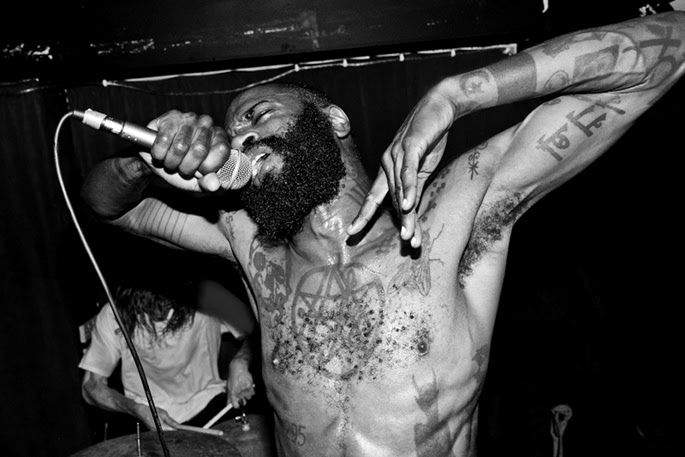 The week begins with news that Sacramento agitators Death Grips have done a Wiley.

Following on from last year’s breakthrough/breakneck Exmilitary, Death Grips have already had a successful year. Recent LP The Money Store reined in the band’s more volatile tendencies and, correspondingly, raised their profile substantially. We already knew the group had a second album – a “cold, bass heavy” set titled NO LOVE DEEP WEB – on the way. Now, having dropped new track ‘@deathgrips’ for free courtesy of the Adult Swim Singles Programme, the band have now gone one step further and given away NO LOVE DEEP WEB gratis.

As Consequence Of Sound report, the band took to Twitter yesterday to announce that the “label (Epic Records) wouldn’t confirm a release date ’til next year sometime”. A follow-up message suggested that something major might be going down today – and so it proves. For all the mention of “rock’n’roll” in the band’s initial preamble for the record, NO LOVE DEEP WEB is another set of scuffed, steriod-enhanced electro-rap. Tough listening for sure, although, as web-treats go, it’s definitely more accessible than that harrowing wall of GIFs.

NO LOVE DEEP WEB is available to hear/nab in full below; as the band say “The label will be hearing the album for the first time with you”.