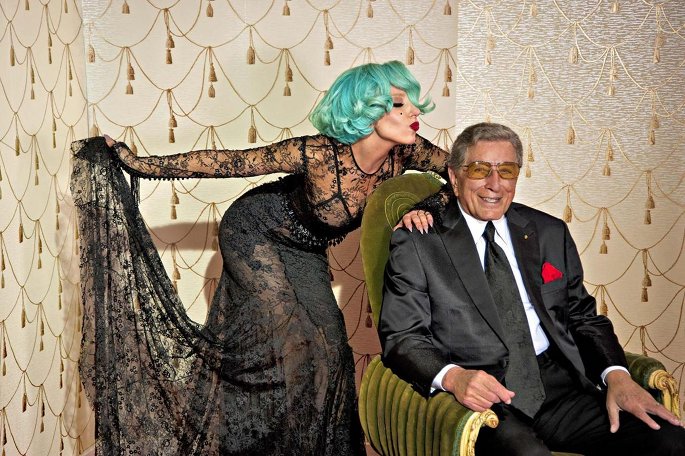 One is an 86 year old warbler of jazz standards and show tunes. The other is contemporary pop’s most outré specimen.

Lady Gaga and Tony Bennett forged an unlikely association on Bennett’s 2011 album Duets II, which featured the pair cooing their way through Rodgers and Hart’s ‘The Lady Is A Tramp’. Rolling Stone report that the Gaga and Bennett are set to collaborate together on a full-length jazz album.

Speaking to the magazine, the vintage crooner said that Gaga has instigated a full-length collection of duets: “Of all things, she called me from New Zealand and said, ‘I want to do a jazz album with you. And I said, ‘You got it!’ So that’s one of the things we’re gonna do.” The record will reportedly feature “a big swing band”.

Bennett said that the LP would exclusively feature the works of a single songwriter, although he neglected to reveal who said musician would be: “I can’t mention the composer because I don’t want anybody to do it before we do it, but there’s a great composer that’s very underrated, very famous, but not as famous as Gershwin or Porter. But he did as many hit songs as anybody, and so we’re gonna do a big swinging album.” Bennett also celebrates Gaga as a “phenomenal jazz singer” and plans to begin work on the record “as soon as I can”.

Looks as if Lady Gaga is trading trap for trad, then. ARTPOP, her forthcoming cross-platform smorgasbord of an album, is currently under development.