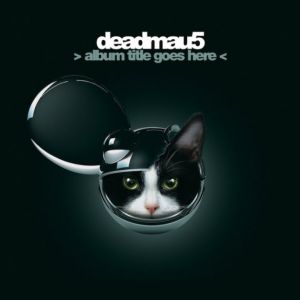 I’m sorry to be predictable. And given that you’re a FACT reader it can be assumed that I’m preaching to the converted here. But some things are worth repeating. Because this isn’t just some harmless spate of Eurotrash singles in the mid-90s vein – already half way returned to whatever sinkhole they crawled from, and leaving not so much as a scratch on the cultural landscape. Otherwise I wouldn’t bother. But EDM, the basic, lifeless kind; the tech/house version, not a genre but a vortex of mundane inanity; is here to stay. The money men will see to that. And it will perpetuate for many more years to come a facile electro sound that the entire world was sick of within a year of Vitalic’s debut, and from which, seven over-saturating years later, 50 million American teenagers are about to form their conception of dance music. And even if he is taking a leave of absence – because he’s a multi millionaire and because he’s tired of his own music and tired of himself – hundreds of likeminded clones are queuing up to take his place, because there’s untold sums of cash to be made, because this is America we’re talking about. So just to be sure it’s said, for the last time before the rush, for the sake of posterity, and I’m sorry to be predictable… but this record is truly awful. He, Joel Zimmerman, is awful – one of music’s anti-Christs, to be filed with Fred Durst, Pendulum and whoever wrote the song about the dogs being let out.

What strikes you first about Album Title Goes Here, apart from the moronic postmodernism-for-tweens title, is how resolutely un-danceable it is, considering that apologists champion techno-EDM as the ultimate shite-but-gets-you-movin’ music; the final perfecting of distilled functionalism. Opener ‘Subliminal’ trounces ever onwards on a throbbing loop, not so much a rhythm as a repetition. Verging on incompetence, white elephant metrics in the shape of random drum rolls or glitched grinds knock the signature a fraction off swinging, so that in the end you can just about synchronise a stamping foot with its sea-sick rigidity. Then, following a arbitrary midpoint break of ambient snyths, the Canadian goes and repeats the whole depressing first section, almost verbatim.

And that title, ‘Subliminal’… as if the track’s so deft that with a drug-mystical mysteriousness it infiltrates the listener through their subconscious. It doesn’t. It enters at the crappy top soil of your bone-hard mind, lodges there, and becomes numbingly obvious within the space of a half-minute. Then, emptying its infected bowels on Daft Punk’s legacy – as more and more albums will do in the coming years – ‘Maths’ re-contextualises Homework‘s beautiful wump-bass within a square schematic of accordant synth progressions and unaccented counter beats. This is what’s called ‘totally missing the fucking point’. It was ‘Da Funk’, not da crypto-totalitarian Quaalude-fucked gabba, as concocted by a rheumatic Middle England vicar. ‘Channel 42’ repeats the format (the album does that a lot) but adds shite trance builds and one-finger versions of the proggy space synths from Discovery’s 5555 suite. That Zimmerman has in so many words denounced dance music’s entire European history as some kind of dark ages, while plagiarising with the utmost cynicism and zero craftsmanship the music, is pretty much unforgivable.

Elsewhere we have the distorted textures of dance-rocker ‘Take Care of the Proper Paperwork’, where again the dance programming is slightly off, the ‘beat’ switching between barely rhythmic variations on the sound of an electronic alarm clock, alongside shades of Fuck Buttons’ undanceable first album. And the atrocities just keep on coming. There’s a dance song constructed entirely from the five-note sequence in Close Encounters Of The Third Kind, and a sterile hip-hop track, ‘Failbait’ featuring Cypress Hill, with Zimmermann petrifying the genre’s essence as ruthlessly as he does when it comes to dance music. There’s the Gerard Way-featuring ‘Professional Griefers’, a transparent attempt to court the massive ex-Emo diaspora that, quite logically, makes up a lot of EDM’s new audience. ‘’Telemiscommunications’ follows: touchy-feely synth indie from the Owl City stable, starring the precious Imogen Heap and destined for some self-satisfied American independent film about a 20-something man who’s really a boy, and his kooky love interest. It begins with “Hey baby how’s your day been..No you first…This is just so like us…” Ha, totally.

Read up on the American majors and the rush to sign DJs like they’re grunge bands in 1991. This thing is massive. Worse, it’s to be the new ‘alternative’ in America. Worse still, it’s to be both things at once: a culture where lonely kids can feel like they belong or are rebelling, and a culture to milk money from them. Now listen to ‘The Veldt’ and its ‘We are the children of the revolution’ lyrics, lifted from a thousand ‘90s rave tracks, and tell me that’s not depressing. The youth utopia? The “world that the children made”? 20 odd years ago, maybe. This time it’s made by c**ts, like Joel Zimmerman.