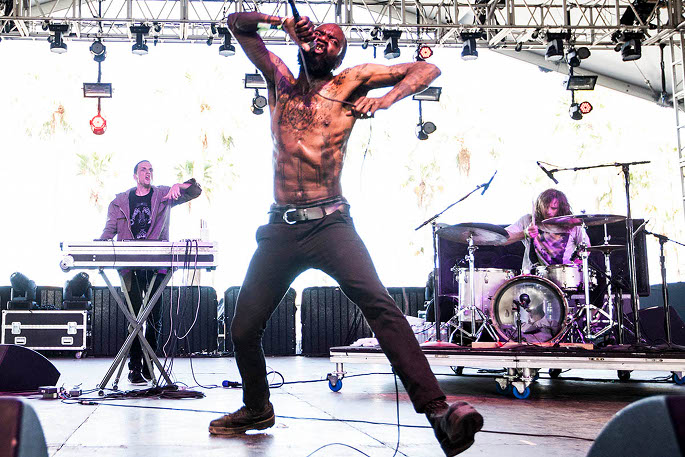 Following a few days of controversy, the Sacramento noise-rap act have announced some tour dates.

Earlier this year, Death Grips announced and then promptly cancelled a host of tour dates so that they could record their second album. That album, NO LOVE DEEP WEB, was released for free on Monday.

With upsetting their record company and releasing a phallus-covered album off their to-do list, Death Grips have announced another set of dates. After playing North Carolina’s Moogfest this month, the trio will embark on a brief European tour before returning to North America. Next year, the band is signed up for Australia’s Big Day Out Festival. All dates below, via Pitchfork.

After posting their album, the provocateurs’ website went down. Predictably, the band blamed Epic, which claimed innocence. Whether it was label malfeasance, web traffic issues, or an old-fashioned publicity stunt remains to be seen.