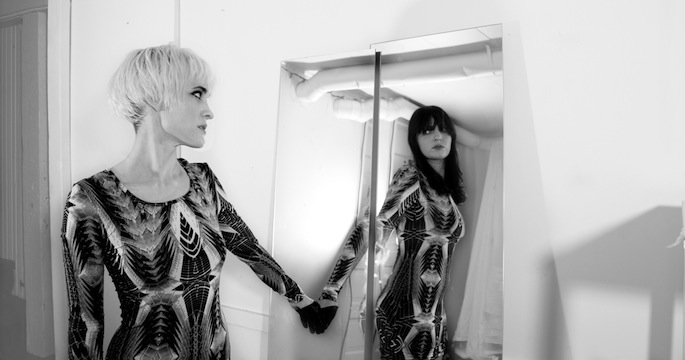 MYTHS is a Vancouver act whose music sits in the darker corner of the electronic spectrum: industrial rhythms, brittle synth work, and eery vocals that oscillate between chanting and screaming mark their self-titled album.

The duo is opening for fellow Canadian Grimes on her current tour, as well as performing as her backing band. To return the favor, she teamed up with Majical Cloudz for a remix of the lead track on their debut. The remix strips the song of it’s abrasiveness, finding a breezy synth-pop song, voiced by Grimes herself.

Stream the original and the remix below, or download the remix via Gorilla vs. Bear. The remix will appear on the band’s next EP, out on October 16 via One Big Silence records, followed by a vinyl release.