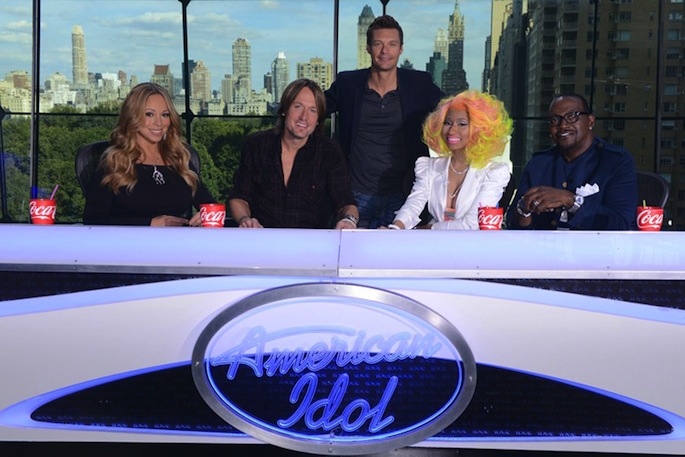 Fox producers are getting exactly what they bargained for when they recruited both Nicki Minaj and Mariah Carey for their talent show.

Earlier this week, video of Nicki Minaj swearing at fellow American Idol judge Mariah Carey was leaked by TMZ (watch the grainy clip below). Apparently this story isn’t going away, as Carey took to The View to make her case.

The pop diva told Barbara Walters that multiple people heard Minaj say “If I had a gun, I would shoot the bitch.” For her part, Minaj denied it, tweeting “Hey yAll. Lets just say nicki said smthn about a gun. ppl will believe it cuz she’s a black rapper. Lmao. I’ll then hit up Barbara n milk it… Ironically no camera or mic heard the gun comment tho. Lol @ the struggle. Not even the producers believed u. Say no to violence barbz.”

“I guess it hurts 2 have the producers tell u to ur face that nicki is the best judge we’ve had since simon. Awww, poor u. Keep them lies cmn,” Minaj continued. “All I do is compliment u. That’s not enuff? Ur a legend, cheer up. U don’t have to run down ur resume or feel intimidated. Shady McGrady…”

Meanwhile, Billboard reports that an Idol insider says it’s all just a publicity stunt. “The Mariah-Nicki diva battle is exactly what Fox executives wanted all along,” says the source, who insists the two artists are in on the joke. “No one’s really worried. They know the parts they’re supposed to play.”