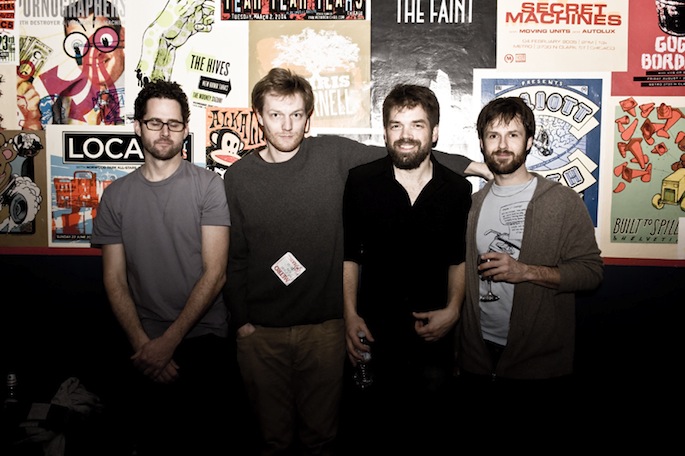 After the D-Plan reunited in 2010, talk of a new album was inevitable.

The band has continued to tour over the last two years, occasionally playing new songs (including the one below). Frontman Travis Morrison has confirmed via Twitter that a new album is in the works.

“Just comped new Plan lyrics into one book. I do this when our albums are 80% done or so. A little amped, I can’t lie,” says Morrison. “Yes the Plan is working on a new album! Sorry thought this was somewhat public knowledge.” He jokingly added that the “current front runner for album title is “The Adventures of Bobby Beverage And Two Shoe Lou.” BIG Jim Croce influence on this one.”

Apart from his D-Plan duties, Morrison is infamous for Pitchfork giving his 2004 solo debut Travistan a 0.0, effectively ending his solo career.