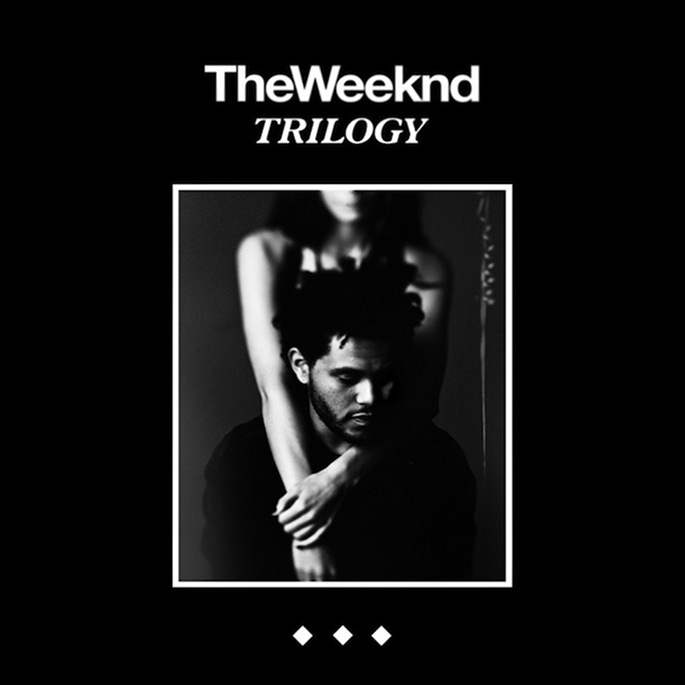 After all the muggy press shots and heady mystique of The Weeknd’s 2011 purple patch, Tesfaye’s gradual inching into the spotlight – whether it be with those somewhat functional live performances or those uningratiating Twitter spats – has, arguably, undermined the phenomenal narrative he’d spent the previous year crafting. The absence of any fresh music, bar some repolished House Of Balloons material, hasn’t exactly ameliorated matters.

Tesfaye has now uploaded a revealing open letter onto his website, tackling concerns about his evolving public persona with surprising directness. The short statement, addressed “to my fans”. outlines the symbolism in his recent ‘Rolling Stone’ video.

The shadowy studio in the clip reportedly represents “the two worlds I have been stuck in. The gloomy side represents the mainstream world while the other side represents the underground. The girl holding on represents you. As the world gets familiar with my face the more you will lose interest {hence the pieces of clothing coming off at every shot)”.

The piece also strikes a contrite note, hinting at the pressure of managing his public image (“this predicament is impossible to relate to”) but also promising to fulfil fans’ expectations (“I’ll never make you wait again”).

‘Rolling Stone’ is available to watch below. Trilogy, which collects Tesfaye’s last three mixtapes together on one disc, arrives on November 13. 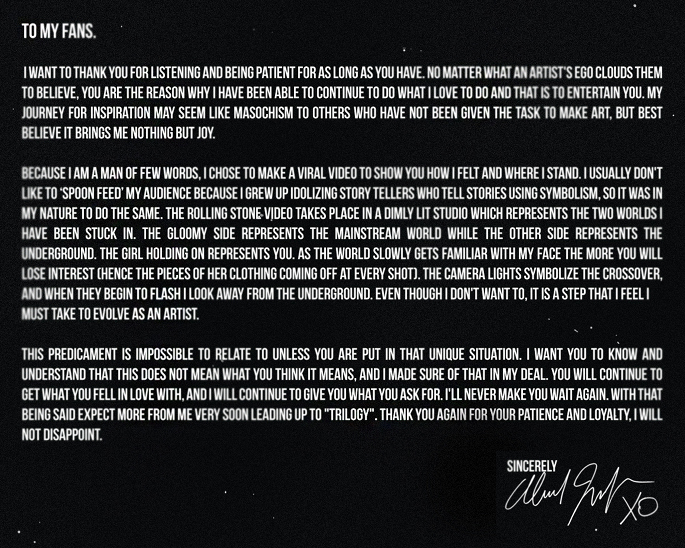