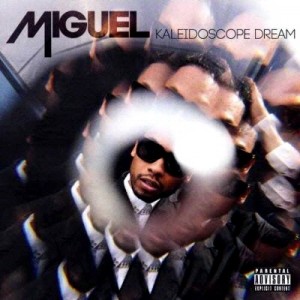 For the last decade, R&B has been inextricably linked to hip-hop, aping its rhythms, sonics, themes, and attitude. While female singers have taken various paths to succeed in the Beyonce era, male artists have been more limited. Aside from chart-topping hip-hop-dancers Usher and Chris Brown, the men of R&B have been reduced to being rap’s hook singers.

The last couple of years have seen a movement away from that status quo, known by a variety of reductive sobriquets: chiefly hipster R&B and PBR&B. The racial implications of these terms aside (a discussion which could fill a textbook), what we’re in the midst of isn’t some watering down of R&B for a wider (or whiter) audience. It’s a return to the genre’s musical heights: the time of Marvin Gaye, Michael Jackson, and Prince, the last time men in R&B had an identity distinct from hip-hop. This is R&B informed by hip-hop — not dominated by it — that takes in a wide range of influences, just like the music of the genre’s titans.

First flirting with this sound on his debut, 2010’s All I Want Is You, Miguel has developed into one of the standard bearers of this new/old style (alongside Frank Ocean). Miguel staked out this territory on his trilogy of Art Dealer Chic mixtapes, which served as a demo for his second album. In its finished form, Miguel’s Kaleidoscope Dream is a testament to his evolved songwriting, reverence to the past, and refusal to be pigeonholed.

The dream begins with ‘Adorn,’ a breezy jam that is immediately evocative of Marvin Gaye’s ‘Sexual Healing.’ In a trick repeated throughout the album, Miguel reaches back for a familiar element and makes it his own. ‘Don’t Look Back,’ which oscillates between widescreen dramatics and throwback soul, closes with a gurgling interpolation of ‘Time of the Season’ by the Zombies.

‘Kaleidoscope Dream’ is the epitome of this technique. Built over a sample of Labi Siffre’s ‘I Got The …’ (a beat forever associated with Eminem’s ‘My Name Is’), the title is instructive, as the song takes a psychedelic turn, both lyrically and sonically. There’s the synesthetic “I taste you, infinite colors” line and a brushstroke of minor chords and synth arpeggios that would be at home on Dark Side of the Moon. Something old, something new, something borrowed, something blue: not just for brides anymore.

Like Ocean, Miguel has no use for the cliched, fetishized sex and drugs of hip-hop and R&B at-large. ‘Do You…’ is built around some gentle guitar strumming and a playful rhythm section, with a robust, walking bassline and double-time drums. Underneath this airy pop-rock tune is a transgressive message delivered as innocently as possible. “Do you like drugs?” is pulled from a mash note, not a club night entreaty; “I’m going to do you like drugs tonight” could be used to teach high schoolers about the use of simile. And ‘Arch & Point’ is how you vanquish today’s sexless rock: a meaty riff, space-age electronics, a ‘We Will Rock You’ drum beat and the lascivious “Baby arch your back, and point your toes” lyric.

The rare misfire happens when Miguel loses the script. ‘How Many Drinks?’ is standard R&B radio fare, half-rapped and a lyrical half-measure compared to “Do You…”. ‘Pussy is Mine’ has the brusque sexuality of an R. Kelly song, but stripped to a 4-track demo. Still, Miguel manages to sound vulnerable while voicing an inherently misogynistic lyric.

One of the highlights comes late in the album. ‘Where’s the Fun in Forever’ combines a classic soul beat and a few stark piano chords, while the bassline of ‘Do You…’ walks back into frame. The lyrics revolve around a hook that is either depressing or life-affirming, depending on your perspective (and how Miguel contorts it): “Tomorrow’s just a day away / Tomorrow isn’t promised / Where’s the fun in forever?” This is Miguel at his most soul-baring, but its finest moment may be its simplest: a brief, hand-clapped doo-wop breakdown.

The album closes strong, with a greatly-improved version of Art Dealer Chic’s ‘Candles in the Sun.’ The slow burner allows Miguel to bookend the album with another tribute to Marvin Gaye, a la ‘What’s Going On?’ Lyrically, Miguel gets philosophical and political: “Diamond in the back, babies on crack / kickin’ the door, wavin the four four / white collar, war crime, money gets spent / just candles in the sun, blowin’ in the wind / sun goes down, heroes often get shot.” These type of pronouncements sound pedantic coming from someone like Lupe Fiasco, but they feel honest here. Hip-hop may revere authenticity, but R&B — when done right — is music at its most sincere.