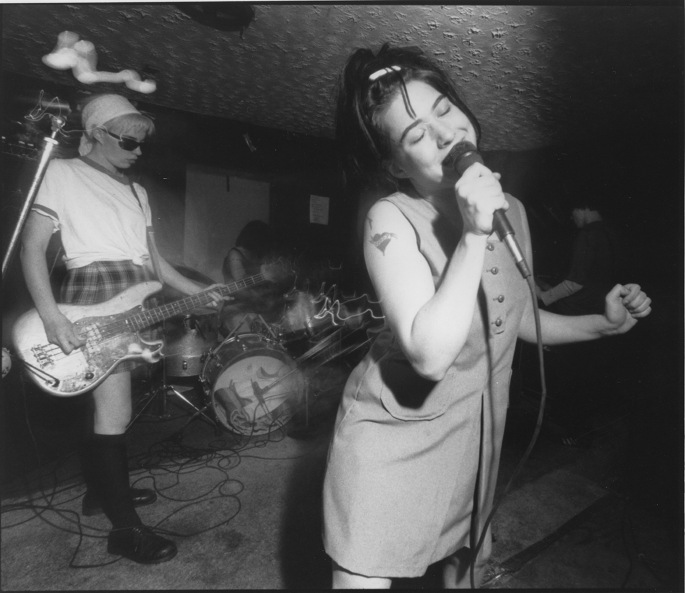 Washington combo Bikini Kill – probably the best known daughters of the 1990s riot grrrl movement – are to reissue their first ever EP.

The self-titled EP first arrived in 1992, and followed on from minor cassette release Revolution Girl Style Now!. Produced by Ian MacKaye of Fugazi, the EP offered a selection of original material from that first release, albeit augmented by the fantastically-titled ‘Thurston Hearts The Who’. The EP was later reissued in 1994 as part of the self-explanatory The CD Version Of The First Two Records compilation.

Exclaim report that the band are now readying a special 20th anniversary edition of the record on their newly minted Bikini Kill Records imprint. The new version will come bundled with a poster of archival photos, a specially commissioned fanzine, fragments of old zine material and liner notes from Skinned Teen’s Layla Gibbon

Bikini Kill will drop on November 20. EP cut ‘Suck My Left One’ is available to stream below.