“I did not fire Brian Wilson”: Mike Love speaks out about supposed Beach Boys breakdown 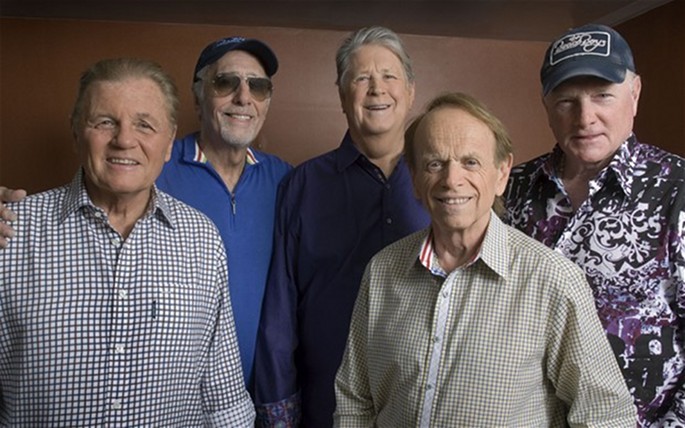 Not for the first time, The Beach Boys appeared to surf into choppy waters last month.

Following the band’s successful 50th anniversary tour and warmly received new album That’s Why God Made The Radio, Mike Love  and Bruce Johnson issued a statement claiming that the new “post-50th anniversary configuration will not include Brian Wilson, Al Jardine and David Marks”. One problem: a “disappointed” Wilson claimed to have no idea that he was out of the group. A petition was subsequently created to lobby for their return to the band.

Love states that, although Wilson and Jardine wanted to extend the tour, the Love/Johnson version of the Beach Boys were already contractually obliged to play “small marked dates”. That the Beach Boys would change configuration in this manner was supposedly “long agreed on” by all parties involved: “To avoid public confusion, and at the request of Brian’s representative, we had a press release sent out detailing the differences between the two Beach Boys tours and its varying lineups. I was surprised that Brian and Al said they were surprised by this announcement. Some media outlets interpreted all of this as me firing the band.The plan was always to go back to our respective lives post the 50th anniversary run”.

Whilst acknowledging that the group have had a tempestuous history, Love claims that the group’s recent tour was highly harmonious, and emphasises the regard he has for his “brothers”. He also notes that Wilson often sat out of tours even during the band’s heyday, and that the band has long toured in different configurations. The full statement is worth a read, and is available here.