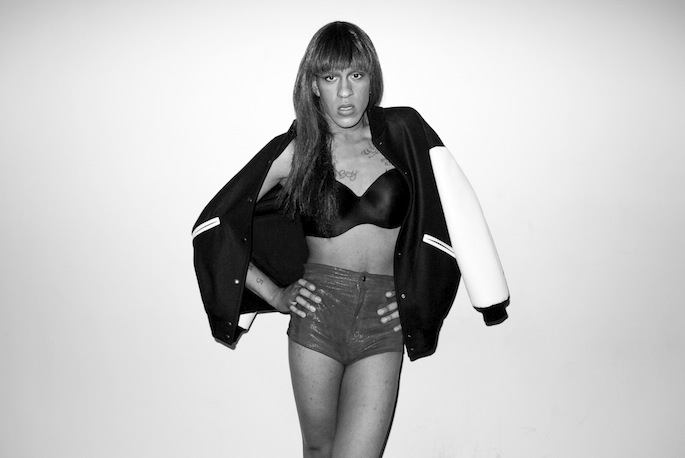 ‘Haze.Boogie.Life’ is more restrained than most productions by Grizzly boss Sinden, joined here by 5kin and Bone5 member Matrixxman. This is a bass-heavy snap track, with bits and pieces of squelching synths; think a more interesting ‘Beez in the Trap.’

Mykki Blanco is as compelling a character as ever, boasting, taunting, and stuttering throughout the track, and dropping lines like “Feels like somebody roofied my drink” and “Some bitches came / some bitches conquer / some bitches got laid down in the slaughter.”

‘Haze.Boogie.Life’ is the lead single off Mykki Blanco’s debut Cosmic Angel: The Illuminati Prince/ss, out this fall on UNO NYC. Blanco has said the album will feature Nguzunguzu, 5kin and Bone5, Flosstradamus, Brenmar, Physical Therapy, and Leif, among others.