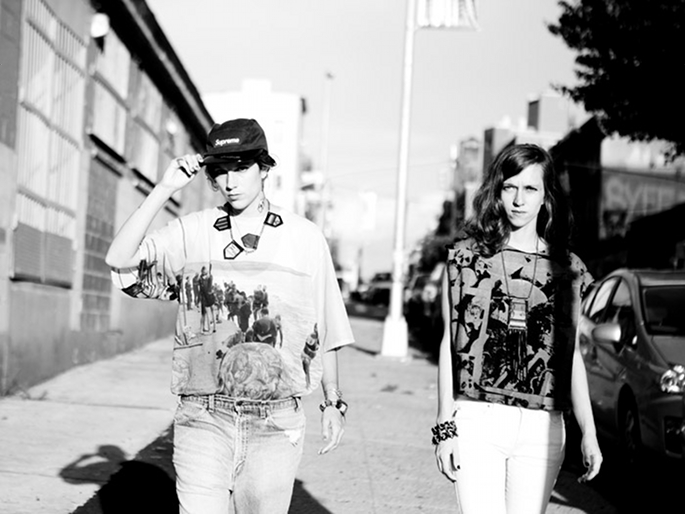 Following the announcement of a new single from Telepathe, ‘Destroyer’, comes the opportunity to hear Trent Reznor’s remix of the track.

The Nine Inch Nails man has teamed up with his fellow Oscar-winning soundtrack composer, Atticus Ross, and Alessandro Cortini, to produce the remix. The original track is the first single to be taken from Telepathe’s forthcoming sophomore album, and is being released on Dave Sitek’s new record label, Federal Prism.

Of the remix Sitek says: “I told Trent I was starting my own label and would love to have him remix something on the first release. I sent him the session and before he actually said ‘YES’, he sent back this mighty dark space that he, Alessandro and Atticus had built for me! I was shocked and am certain I will have to keep ripping them off for years!”

The ‘Destroyer’ 7″, out October 30, is available to pre-order single here.