Taking flight with Young Smoke: 18 years old and already one of footwork’s most respected operators 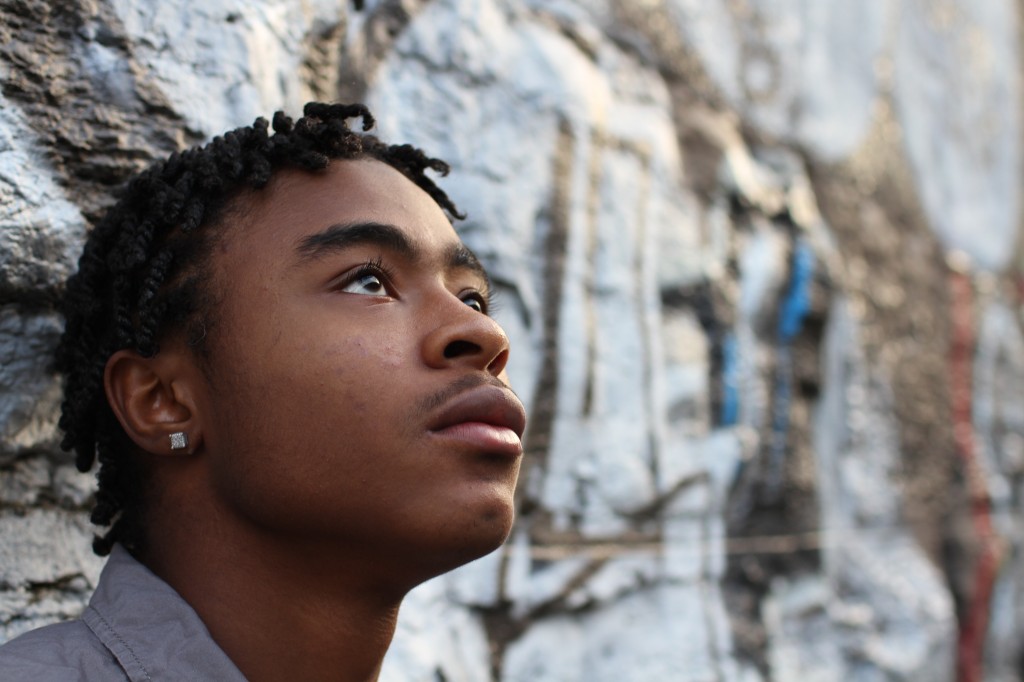 Young Smoke is the latest Chicagoan footwork producer to release an LP through Planet Mu.

At the tender age of 18, Smoke – real name David Davis – is the polar opposite of scene veteran Traxman, whose The Mind Of Traxman was the label’s last footwork outing. It’s reflected in his sound, too: where Traxman’s LP wove antiquated samples into a dense, smoky collage with the finesse of somebody steeped in decades of music history, Space Zone sees Davis manufacture his own samples to create something far more synthetic and unambiguously forward-looking.

Davis is affiliated with the relatively young Flight Muzik crew headed up by DJ Diamond, and Space Zone, along with Diamond’s Flight Muzik, tackles the footwork template in a way which stands apart from that of the higher profile Ghetto Teknitianz crew – Traxman, Rashad, Spinn et al. Appropriately, it’s an airier sound, more inclined towards stylised plastic textures and subtle psychedelic flourishes – and one which suggests that, more than a decade into its existence, footwork continues to be a vibrant, divergent beast. FACT caught up with Davis to find out about the origins of the sound and his views on the rapidly expanding footwork scene. 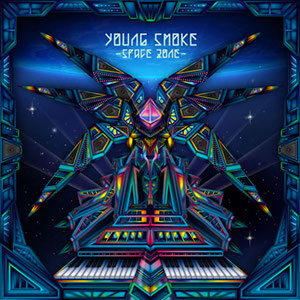 How did you first get into footwork?

“I got into footwork a long time ago – at least ten years back. I used to footwork when I was real little, and my cousins used to footwork too – they used to hit parties and dance. That’s how got into the music, because I really liked the music they were footworking off of.”

How long did it take to start getting your tracks heard?

“It took me like two years to get heard because first I had to perfect my style – I didn’t want to put out something that wasn’t developed yet. So I waited like two years, then I started dropping mixtape albums and started promoting myself – that’s how I got heard.”

Space Zone has this strong space theme to it. Was that a conscious thing from the beginning, or did you just happen to have a load of tracks sitting around with a similar feel to them?

“It was a deliberate thing. The space sound of the tracks, it was something I was doing because I was just interested in the sound, but it was really something new. At first I really didn’t have a name for it yet, I just called it “space music”. But then I thought “I’m gonna have to make an album for it” so I released it as Space Zone. I released it out to the footwork industry and they liked it, and so did Mike [Paradinas, Planet Mu boss].”

In tracks like ‘Warning’ it sounds like you’re taking samples from sci-fi movies. Where do you get your samples from?

“I make my own samples. These are all my own samples, hand made. Space was something new to the game, nobody was making space tracks at the time.”

“Space was something new to the game, nobody was making space tracks at the time.”

Do a lot of other producers work that way – making their own samples – or is it a new thing? If you compare it to the Traxman album for example, he’s working entirely with samples from old records.

“Well, not quite new, but it was new to be making the kind of samples that I was making, because the samples people were making – people like Ghetto Tekz – were more soulful. They really all kind of sounded the same, though. They weren’t making these hardcore space samples – which to me feel like they’re bigger than the world – they take you somewhere, make you feel you’re somewhere different.” 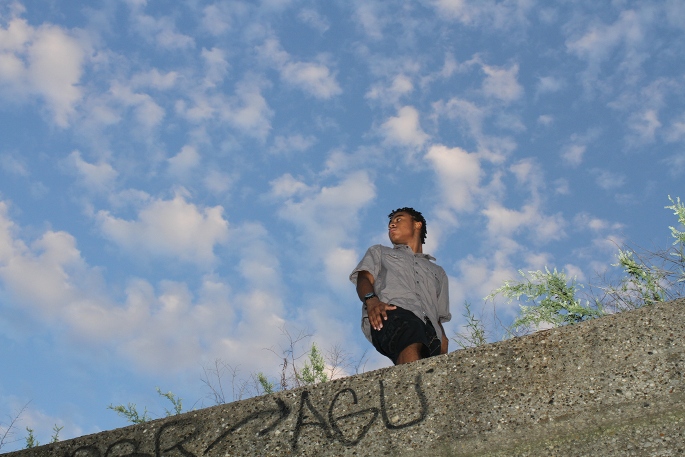 How did the Flight Muzik crew come together? How did you hook up with DJ Diamond?

“Before the Flight Muzik crew, Diamond was one of my influences in the track game – I looked up to him. So he used to come over, make tracks, we used to send each other tracks – and one day he came and said “I’m making this crew called Flight Muzik and I want you to be part of it” – so it all just started from there. I was the first member of Flight Muzik.”

“The Flight Muzik style was based off of ghetto house music, but with more of a ‘take flight’ feel to the tracks.”

Do you think the crew has a distinctive sound to it? To me, your stuff and Diamond’s have a similar quality to them. Do you think that’s true of the whole crew?

“Well the crew was called Flight Muzik for a reason, because we have a type of fast flight style. The group style was based off of ghetto house music, but with more of a – let me see how to express this – a kind of ‘take flight’ feel to the track. A track that you heard from Flight Muzik was fast, to keep people hyped up – they’re more like hype tracks.”

How is the crew viewed in the general scene – Flight Muzik is quite a young crew compared to others, right?

“Other footworking groups in the game, they really like us – they like to hear the diversity of style, instead of all the tracks really sounding the same. So they liked the competition that was going on: at one time we were in competition with Ghetto Tekz and Ghetto DJs. We had to work hard, it wasn’t just sitting around and being lazy – we promoted our music in the footwork industry and we got a name, we came on. It was kinda hard for me to come on, but I had to push my music real hard, and I had to focus – it wasn’t easy work but I’m glad I did what I did.”

Do you think the scene in Chicago at the moment is healthy? Is there a lot of good stuff coming through?

“It’s a good scene for me, right now. But I think it’s going to get better – because it’s expanding, footwork is expanding.”

How about people like me taking an interest in it from the outside – how has that changed the scene? Do you think it’s a good thing?

“Oh yeah, most definitely. You’ve got to expand if you want the culture and genre to last. Because it can’t stay still forever – it might die out. But by it expanding you’ve got new people picking up the genre, you’ve got new people picking up footworking, and that’s keeping it motivated. Otherwise it’s just like – if somebody creates some type of music and nobody hears it for like 20 years – at first he was 19, now he’s 43, and ain’t nobody heard his music – now he’s given up all hope. That’s how it is with footwork: if we keep going on the same for years and it’s not getting anywhere, getting any type of exposure, then it might die out. But luckily it’s getting exposure, so that’s keeping the culture alive. That’s good.”

“You’ve got to expand if you want the culture and genre to last. Because it can’t stay still forever – it might die out.”

How big a deal is it for you to get an album on Planet Mu? And how is it viewed in the Chicago scene?

“To me, it’s a really big thing that I have accomplished in my life at the age of 18. You don’t get many people in the footwork game or many people, period, that have accomplished that. So I thank Mike for that. It was a big thing for me in Chicago, a lot of people were shocked. I never thought it would happen.”

Finally, what are your plans now? Are you thinking of doing any touring?

“Most definitely, if I can get my equipment together I’m thinking about doing a lot of touring.  I know there’s a lot of people that want to see me play my music. I really want to do that – I’m just waiting for the right time.”