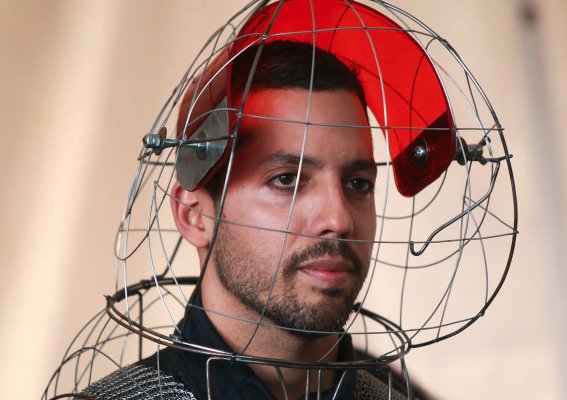 When David Blaine isn’t being a professional Drake lookalike (wait, that probably should be the other way round), he’s pulling stunts like Electrified, the event from this weekend gone that saw the magician spend three days and three nights in a cage surrounded by an electrical storm.

As we reported before, Blaine’s latest stunt was assisted by a famous friend: “Andrew WK will stop by on Sunday to perform a unique keyboard solo using a coil powered instrument in which David Blaine will be imprisoned as 1,000,000 volts of party music surge through his body”. WK calls the keyboard “probably the most dangerous musical instrument ever created!”, and claims to be “absolutely electrified and terrified by the opportunity to play a keyboard solo with so much energy, and to use this incredibly powerful device to send a musical surge through David’s brain!”.

As Pitchfork now note, the video of Andrew WK electrifying Blaine can now be watched online. It’s nowhere near as exciting as it could have been, but he does sneak in ‘Party Hard’ which is always a treat: