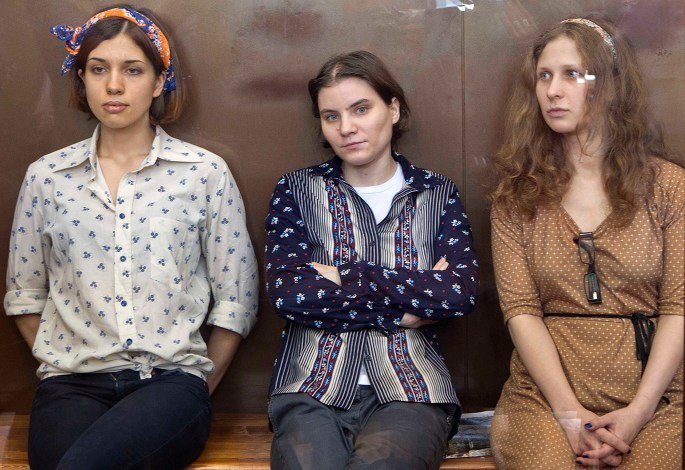 Things currently look far from auspicious for Nadezhda Tolokonnikova, Maria Alekhina and Yekaterina Samutsevich. The trio were arrested for their part in a protest at Moscow’s Christ The Saviour cathedral back in February, and were subsequently sentenced to two years imprisonment. As they await their appeal verdict, the state has stepped up its rhetoric, with President Putin speaking in pretty unyielding terms about their fate.

Musicians from Yoko Ono to Bjork have already rallied behind the trio. Riot grrrl legend Vail has been particularly proactive in terms of helping the cause, convening the The Pussy Riot Olympia Solidarity Band to play at an awareness rally in Olympia and releasing numerous online videos. As Ad Hoc report, the Solidarity Band have recorded a protest track in honour of the trio, titled ‘Free Pussy Riot’. The track is a sludgy rock’n’roll number, and features Vail bellowing the names of each of the defendants.