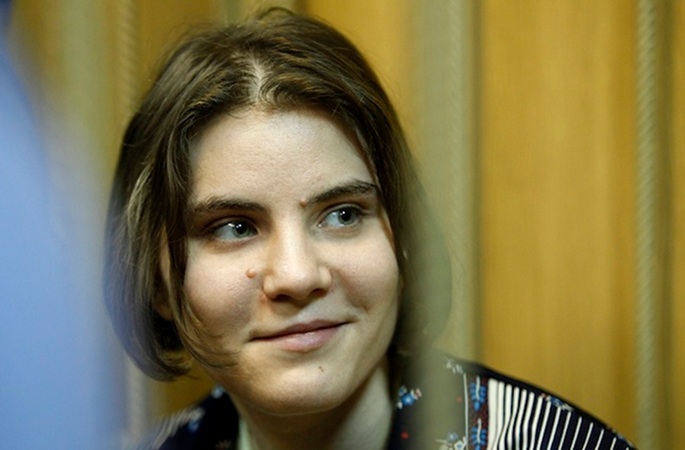 News has come through in the last hour that one of the defendants in the Pussy Riot case has been cleared on appeal.

To recap: following a raucous “punk prayer” in Moscow’s orthodox Christ The Saviour cathedral in February, three members of Russian punk collective Pussy Riot were put on trial – and subsequently convicted – on hooliganism charges. Supporters from across the globe, ranging from Kathleen Hanna to Bjork, have subsequently championed the girls’ cause, which has become one of the most visible civil rights disputes in Russia in recent years.

The Guardian now report that Yekaterina Samutsevich had been freed after an appeal ruling by the court. The 30 year old had claimed not to participate in the offending performance, having been removed from the cathedral before he was able to take part. Along with fellow defendants Maria Alyokhina and Nadezhda Tolokonnikova, she has spent six months in a pre-trial detention centre.

The news is less good for the other two defendants: Alyokhina and Tolokonnikova will be dispatched to prison colonies to finish their two year sentences. Yesterday evening, Bikini Kill’s Tobi Vail uploaded a protest track in defence of the group.