“It’s been a great experience”: Mount Kimbie on signing to Warp and their upcoming second album 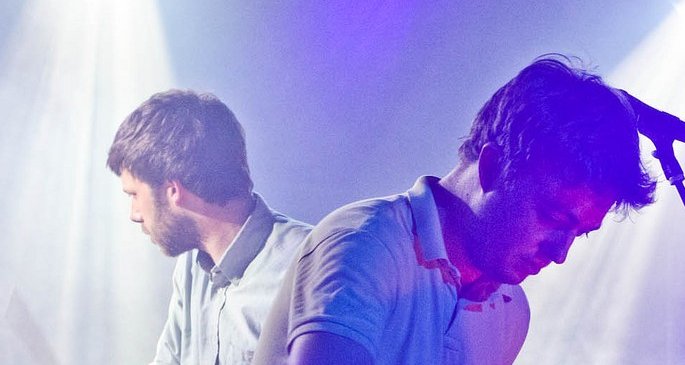 Following a pair of ground-breaking EPs and subsequent album on Hotflush, London electronic duo Mount Kimbie have signed to Warp for the release of their next full-length.

Not much is known about Dom Maker and Kai Campos’s future plans, but FACT caught up with the group (well, Dom) this morning as they prepare to headline a night at the Southbank Centre’s Ether Festival. The full interview – where Mount Kimbie talk about the development of their live show, Ether and their forthcoming US dates with Squarepusher – will be published shortly, but for now, here’s some stuff that we now know about that second Mount Kimbie album:

“We came off tour and went straight into the studio”, explains Dom. “At first you’re just getting back to what you do as a hobby, you know? Which is really great fun. Because the guitar is being used so much in the live show, that was a natural thing to have lying around when we were writing, and just hearing the stuff that we have written with the new record it’s clear that it really is influenced by live performance. It’s always there, in the back of your mind – you need to be quite aware of where these songs are going in terms of the flow of them, and I think we’re writing more verse-chorus style music, I guess we’ve become more knowledgeable in that sort of area.”

“The new stuff is a lot more free than the songs we’ve done before, in terms of composition. It’s still entirely produced on a computer, but the drums and percussion are much more live in their feel, in rhythm and in flow. In terms of the actual sound…it’s quite a bit bigger sounding that what we’ve done before. I think it’s still quite delicate material, but it has a bigger sound compared to the last album, and I think that must be informed really greatly by what we’ve spent the last two years doing – playing live.”

“We’ve actually gone into a studio, and that was a big step. Obviously at first so you’re sort of blinded by the fact that, yes, we’ve got a studio! Because that’s the dream, I guess. But as time goes on, I think we started to long for and miss the way that we did it before – just rolling out of bed and making music, and not having to worry about the logistics of it. It’s all become quite logistical, really…[laughs] But that’s to be expected, we wanted to approach this second album in a different way. It’s taken a little while to adapt – you know, having to get a bus to go to the studio to write, rather than just doing it. Overall though it’s been a great experience – it’s been interesting how it’s differed to the processes that we used for the first album. It’s nice having a studio that we both can go to, and I think we worked together a lot more on this album…it feels more like a full team effort. And that’s given both of us a bit more confidence to really push what we can achieve, to make what we really want to make, really going out there. The results should be pretty interesting.”