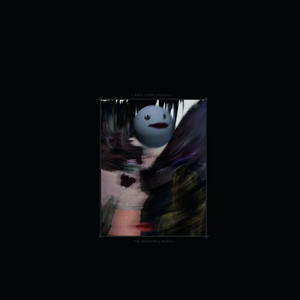 Like a chance meeting between Chad VanGaalen and Zappa, The Wonderful World, the latest and really quite extraordinary album from Ian Drennan, is full of both melancholy and humour.

Last seen on Olde English Spelling Bee with Worry, his music can in some way be conveniently summed up by this predecessor’s cover art. Dry, junky, happily stoic in its approach, bright Brecker Brothers and Michael Finnissy-like jazz and minimal classical harmony jump excitedly in pointillistic variations around hammering soundscapes.

Where the analogy ends would be in the fairy tale macabre atmosphere that soaks The Wonderful World’s production, plenty of careful reverb use twisting out details into a grotesque pantomime. Well constructed as an album, there is a good variety between and within the compositions, transitioning into each other seamlessly through continuation of an overarching theme. Enhanced by the feeling of a tight space having been constructed, much like a stage performance, it gives the record an episodic feel, an ironic comedy being played out for the listener.

While not afraid to delve into soundscapes similar to Helm and microtonal jazz percussionist/composer Ed Lawes, the simple musique concrete that fills out a huge portion of the The Wonderful World, is far more playful, even when brutal. Drennan melds bursts and textures of noise to cheesy sound effects, eccentric orchestrations of live instruments, and unsettling sampler melodies.

Due to its very successful balancing of content, it is difficult to pick stand-out moments from within The Wonderful World. If pressed, however, the first appearance of vocals around the radio play-esque ‘Elaine the Fair’ is endearingly subdued, joined by lush horn arrangements in its fade out. The slopping, splashing samples, piano, keyboard string, pitch-shifted vocals and jazz drumming of ‘Cannonade’, rapidly dissolving into undulating marimba and FM keyboard guitars also makes for a wonderful surprise. ‘Blue Lidded’ and its following number ‘Nightshade’ too, with their purposeful use of awkward off-beats, over-the-top pitch bends and melodramatic building progressions, are a successful invitation to indulge in Drennan’s ideas.

One thing, however, is certain, and that is the firm use of an 80s-ish contemporary classical style, one that is also quite distinctly ‘American’ sounding. Certain audiences may therefore be familiar, even over-familiar with such an approach and execution. Yet, despite any obvious surface criticism that could be levelled at Drennan for sitting so firmly in this stylistic place – occasionally infuriatingly so – there is no denying that he has constructed something that is very much ‘him’, and his steadfastness it commendable.

In modern terms, The Wonderful World sits comfortably somewhere between CFCF’s Exercises and James Ferraro’s Far Side Virtual. Fans of either should definitely give this attention.