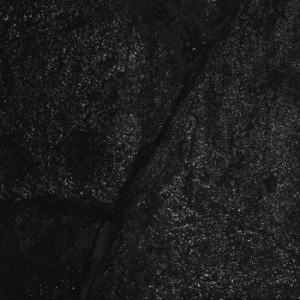 Bristolian Sebastian Gainsborough has had a fair few genre descriptors thrown at him in in the course of his relatively short career. Pirouetting nimbly between fuggy dancefloor fare and more abstract terrain, the producer seems to delight in reshaping stylistic norms to his own singular taste. Not that that’s an unprecedented approach in this day and age, of course – but Gainsborough’s sonic universe is bound together with a rare consistency, drawing things into its own orbit rather than blindly offering itself up to others’. Perhaps, confronted with his stunning debut LP Order Of Noise, we might best compare Vessel to the dub scientists of yore, defined more by their techniques and the raw sonic surface of their creations than by rigid style-affiliations.

Dub, in fact, infuses these tracks – ‘2 Moon Dub’ is faithful to the dub reggae template right down to the one drop rhythm, only rendered in barren, cassette-cracked tones; ‘Stillborn Dub’ recalls the denuded constructions of Basic Channel, except slathered with chittering delays, little flares of feedback and a disjointed, half-alien vocal melody. More broadly, Gainsborough uses sinewy subbass as the binding agent in his grooves, lending them a heft often absent in music labelled ‘lo-fi’.

But central to the seductiveness of this album – just as with the finest, densest dub – is the tactility and richness of Gainsborough’s sounds; the way they throb and wheeze, subtly distorting under the strain of bearing their own weight. This is, in a sense, a maximalist record – every crevice is filled with detail, layer upon layer of sonic curios so vivid and strange you can almost taste them. The effect, though, is not one of overload – everything is instead enslaved to the movement of a single alien body, each element functioning in fascinating, illogical unison.

Within this framework, Gainsborough processes and re-presents the recent preoccupations of the underground with distinctive flair, throwing out a welter of stylistic hybrids whose hybridity is worn lightly, rather than wielded with the brute force of a self-styled “eclecticist”. The bass wub and halftime beat of ‘Images Of Bodies’ suggests strong ties with the dubstep of old, except here we’re at slow-house tempo, where Gainsborough’s ideas can unfold with a loose deliberateness. ‘Plane Curves’, meanwhile, segues from gloopy synth soundscaping into stomping techno, the whole thing radiating computer-age optimism; it’s one of the less interesting things here, lacking Gainsborough’s otherwise keen ear for structural development, but that still places it head and shoulders above the competition.

Of course, an album with links to the contemporary underground wouldn’t be complete without reference to house, and its grammar becomes Gainsborough’s richest source: most notably in the masterly ‘Lache’, which sounds something like swung, kinetic deep house if it were left out under a remorseless sun to harden into a cracked husk, its surface pitted and scarred from the trauma. But as the album progresses, Gainsborough pushes beyond the familiar to sculpt his own distinct rhythmic template: as heard in the restless, stuttering banks of percussion in ‘Court Of Lions’, which cycles tirelessly through ideas to the point of saturation; and in ‘Scarletta’, a far more svelte and gratifying beast.

Referenced too are the swooning sonics for which Gainsborough’s label, Tri Angle, is perhaps better known. To draw comparisons between this album and another recent label success, brief opener ‘Vizar’ and the loping ‘Silten’, both swathed in ethereal, muck-flecked tones, recall the darker moments of Holy Other’s Held. But even ‘Silten’ – perhaps the most emotionally forthright track here – is defined by a certain soured, occluded quality. Gainsborough never lets us slip into an idealised state of yearning – easy emotional posturing is replaced with ingrained ambiguity, moderated sorrow and a certain weathered wryness – and it’s this, perhaps more than anything, that makes Order Of Noise such a meaty, satisfying listen.