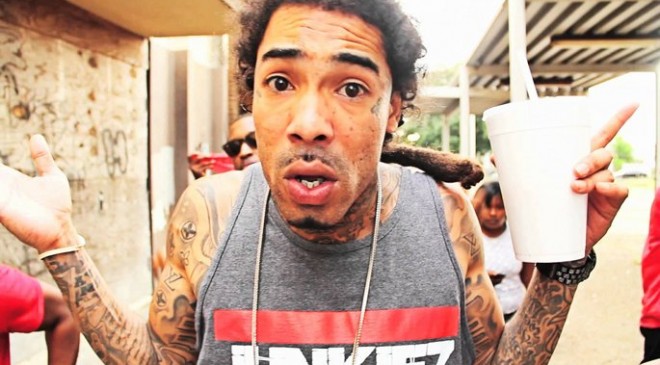 Miami rapper Gunplay’s star is supposed to be on the rise, but recent misdemeanours may have put the kibosh on his burgeoning career.

Following a scuffle at the BET hip-hop awards, Gunplay voluntarily surrendered himself to police last week after an arrest warrant was issued in relation to an armed robbery. As HipHopDX note, footage has now emerged online of the incident in question.

The clip, included below courtesy of TMZ, shows a man with a remarkable resemblance to Gunplay pulling a pistol on a man (his accountant, reportedly) and striking him with the butt of the weapon. The assailant then grabs a gold chain from the man and, after an intervention from an unidentified third party, leaves the room.

Gunplay faces charges for both armed robbery and aggravated assault with a firearm. His lawyer has claimed that the rapper could face life if convicted on both charges. Bogota Rich cut ‘Jump Out’ is below.