Lil B tries out for the NBA 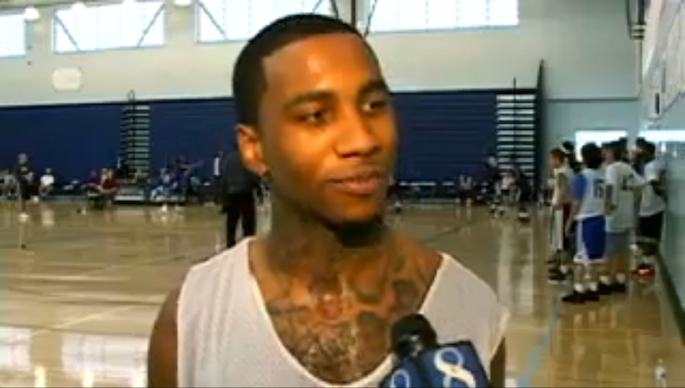 The Based God attempts to add “professional basketball player” to his resume.

Last month, Lil B promised his Twitter followers that he planned on trying out for the NBA’s Golden State Warriors. Yesterday, his dream came true — sort of.

At a local high school, Lil B tried out for the Santa Cruz Warriors of the NBA’s developmental “D-League.” “Just putting my skills to the test. Supporting Bay Area teams and, you know, spreading that love,” he told Santa Cruz station KSBW.

Still, you have a better chance of seeing Lil B lecture at a university than suiting up for pro ball. Santa Cruz Warriors general manager Kirk Lacob says the tryout was held “to give people an opportunity to try and make their dreams come true,” but one coach is more direct: “The chances of you making our team are very very slim, but also they’re saying there’s a chance, okay?” [via Fader]