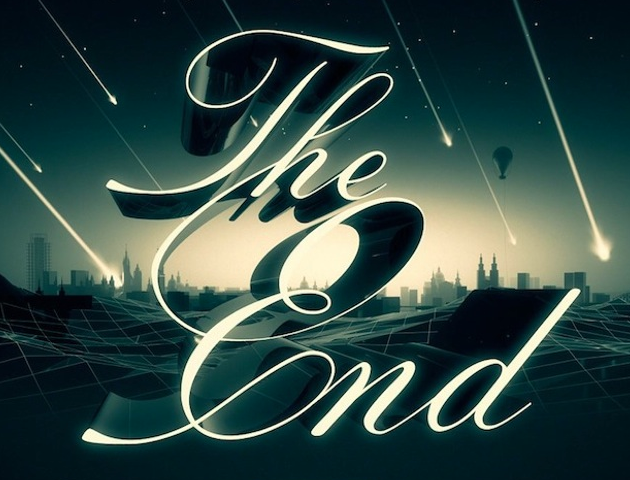 Unsound in Krakow is one of the greatest festivals in the planet. There’s barely a single act billed that a right-thinking person wouldn’t want to see. Thankfully it’s also one of the only festivals on the planet that’s programmed in such a way that you needn’t miss anything.

It kicked off yesterday with a live soundtrack by KTL – that’s Sunn O)))’s Stephen O’Malley and Editions Mego boss Peter ‘Pita’ Rehberg – for silent classic Sunrise, with support from Polish artist Jacek Sienkiewicz, before Andy Votel, Philip Sherburne and others manned the decks at the Pauza club for the informal Unsound opening party. Later in the week, Votel will perform with the Innercity Ensemble, paying tribute to the work of the Polish composer Andrzej Korzysnki (some of which Votel has released through his Finders Keepers imprint).

Fans of intense noise and electronics will want to be at the Manggha art and performance space for a Monday night programme headlined by Keiji Haino’s recently reactivated out-rock juggernaut Fushitsusha. Dominick Fernow will present his paranoid, desert-dried vision of industrial techno as Vatican Shadow, and extreme, ear-punishing frequencies come from the inimitable Kevin Drumm.

Video nasty and outsider film connoisseurs Jigoku are once again curating Unsound’s midnight movie programme, which takes place in the grand Kino Pod Baranami cinema off Krakow’s main square. They’ve interpreted the 2012 Unsound theme of ‘The End’ as meaning all-out apocalypse, and their picks for the week include Lifespan (Sandy Whitelaw, 1975) and A Boy And His Dog (LQ Jones, 1975).

The “hypnagogic” trend in American music appears to be on the wain, but two acts originally associated with it who have taken on a life of their own are Ducktails and Teengirl Fantasy, the latter spanning introspective electronica and all-guns-blazing techno on their recent sophomore album for R&S. Both perform live at Unsound on the Tuesday, with support from Pietnastka. At the same venue the following night, Uwe Schmidt performs live as Atom™ – always a thoroughly entertaining and visceral experience, both visually and sonically. Unsound regular and peerless dub scientist Pole will also play, as will The Haxan Cloak – whose dark, neo-classical, noise-informed constructions have taken him from avant-metal stable Aurora Borealis to the roster of Tri Angle. This is a great opportunity to hear material from his eagerly anticipated sophomore album.

Highlights on Thursday include Polish icon Mazzoli, pioneer of the Yass movement, which Unsound tells us has its roots in “jazz, punk and Zappa-esque surrealism”, with support from well-regarded experimentalist Niski Szum. The breathtaking St Katherine’s Church plays host to two live performances: Julia Holter, followed by the live premiere of Dan Lopatin (aka Oneohtrix Point Never) and Tim Hecker‘s new collaborative project. It’s safe to say that the church’s mindblowing acoustics will be put to good use.

It’s then back to Manggha for the Polish debut of Holly Herndon, who studied under computer music legend Maggi Payne and is soon to release an album on RVNG Intl. (don’t call her the new Julia Holter). Tri Angle’s Evian Christ also performs live, as do DFA-signed and reliably ear-punishing, no wave combo Factory Floor, Bristol avant-techno duo Emptyset and, appearing in the kind of non-club context that tends to suit his exquisitely contoured music best, Shed.

The first part of Friday evening’s entertainment is headlined by Black Rain, aka Stuart Argabright, with visual accompaniment. For a long while Argabright was a hugely underrated figure in underground and electronic music, but has recently found his immense contribution being recognised, thanks to reissues of his work as part of Ike Yard and Black Rain, the latter project essaying a cyber-punk vision of techno intimately connected to the work of William Gibson. Alter Records boss and former Bird Of Delay Luke Younger appears in his Helm guise, following the recent release of his Impossible Symmetry LP on PAN; fellow PAN artist Ben Vida completes the bill. Around dinnertime the vast Kijow Centrum cinema will then play host to the live revival of James Leyland Kirby’s V/Vm project, sure to provide some of the festival’s most surreal and nerve-jangling moments, and then the Polish premiere of Trinity, a live collaboration between ambient gods Lustmord and Biosphere, originally commissioned for Unsound Festival New York.

The club strand of Unsound 2012 is being held at Hotel Forum for the first time, and Friday’s programme is an embarrassment of riches, featuring the likes of Shackleton, Max Dunbar, Juju & Jordash, Beautiful Swimmers and the peerless Theo Parrish. We’re particularly looking forward to sets from L.I.E.S. boss Ron Morelli and of course Interplanetary Prophets (the unlikely pairing of Ital and Hieroglyphic Being).

Those looking to oblieterate their hangovers with a dose of fearsome, frazzled electronics will be pleased to pass through the doors of Manggha on Saturday afternoon, where the distended techno of Container, the synth psychedelia of Bee Mask and the sullen techno of Tri Angle’s Vessel and WIFE collide. There can be no doubt, however, what the hottest ticket of the day, and indeed of the whole festival is: the already sold-out live debut of aTelecine, the industrial band helmed by former adult actress Sasha Grey. Their performance is book-ended with sets from Raime (returning to Unsound after they played their first ever live performance there in 2010) and Unsound regular Ben Frost.

The second night of club-oriented music might just be the best: Heatsick, Lee Gamble, Mala (with a Mala In Cuba-themed set), Fatima Al Quadiri, Nguzunguzu, MikeQ, Traxman, Oneman, Ben UFO, Kuedo and Cooly G are among those lining up to play.

The festival reaches its final day on Sunday, with Robert Henke (Monolake) and Robert Bauder presenting their marvellous ATOM installation, followed by a truly mouth-watering prospect: Demdike Stare premiering their live collaboration with Sinfonietta Cracovia and visual artist Michael England. Hieroglyphic Being, Acid Alan, Bill Kouligas (PAN), Bass Clef, Dave Tompkins and NHK then bring the festival to what will surely be an ecstatic and vodka-fuelled close at the club where it began, Pauza.

We should add that Unsound isn’t not just musical performance: in addition to the shows discussed above, there are all manners of special events, installations, workshops and exhibitions going on. One area in which the festival particularly excels is in its discussion programme: over the course of the week punters can hear talks from, and live interviews with, the likes of Hieroglyphic Being, Black Rain, Mark Pilkington, Hecker & Lopatin and Andy Votel. Be sure to visit unsound.pl for full listings plus tickets for all events (well, the ones that haven’t already sold out…).