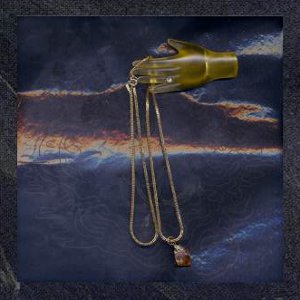 A potted history of Egyptian Hip Hop reads thus: the Mancunian four-piece first emerged in 2009, callow youths with a couple of songs to their name and a groundswell of just the right kind of support. A couple of releases followed in 2010, among them Some Reptiles Grew Wings, a Hudson Mohawke-produced EP for Moshi Moshi. Since then, nothing – frontman Alex Hewett has reportedly spent the intervening years as touring guitarist for the likes of Charlotte Gainsbourg, biding his time perhaps, steeling himself for that most daunting of challenges: the debut album.

Come 2012, the band have returned with just that in the form of Good Don’t Sleep. Don’t let the shift to R&S fool you: sure, there’s the occasional disco stomp and sequenced synth bassline here, but this is by no means a club record – not even a club-referencing record in the manner of Teengirl Fantasy’s recent house-inflected Tracer. But there’s no denying that Egyptian Hip Hop have progressed and matured. Some Reptiles Grew Wings was infused with just the sort of youthful vim you’d expect from an 18 year-old four-piece backed up by the sonically garrulous Hud Mo on the buttons: bright, friendly synth tones, bold melodics and acres of breathless energy. Good Don’t Sleep is an altogether richer record, one whose arrangements are dense and complex but rarely overwrought, and whose influences are folded neatly into a unified, considered whole.

Shades of the quartet’s peers are on display: the coasting, urbane sensuality of Wild Beasts is echoed in the pellucid wash of opener ‘Tobago’, and throughout in the unfailingly smooth, synth and guitar-led palette (a fact perhaps explained by the input of producer Richard Formby); tightly interlocking melodic passages, along with occasional lapses into stylised vocal portamento, recall Dutch Uncles. Also among Hewett’s sabbatical activities was a spell with Phantasy-signed spindly psych auteur Connan Mockasin, and the influence is worn proudly in the sprawling, heat-fried ‘Snake Lane West’. Elsewhere, the band tune their antennae to more distant signals: ‘The White Falls’ bookends prog bombast with hazy textures worthy of the h-pop underground, while ‘Alalon’’s woozy chords are coupled with a coolly disinterested vocal delivery worthy of Maria Minerva; ‘Strange Vale’ detours into heady coldwave territory, its thick bassline sliding balefully under billowing, arctic pads.

Sadly though, this tapestry of references, however finely woven, is rarely matched in quality of songwriting. There are occasional moments of hooky brilliance – most notably in ‘Yoro Diallo’, the record’s afrobeat-inflected single, which harbours one of its few genuinely memorable choruses. But more common are the slightly watery creations which seem to lack melodic or harmonic heft, or any deeper structural innovation to replace them: the lacklustre ‘Pearl Sound’, the maudlin ‘One Eyed King’, the weepy but unaffecting atmospherics of closer ‘Iltoise’. Central to the problem is Hewett’s voice: buried in the mix as it is (as if nobody in the studio was actually listening to it), deciphering lyrics becomes impossible. Instead you rely on tone, but Hewett seems satisfied with a narrow bandwidth of expressive modes; stylish but too-often vapid gesture over genuinely compelling substance. In many respects, Good Don’t Sleep is an impressively accomplished record. Sadly it’s one that, ultimately, is deserving only of superficial fondness.