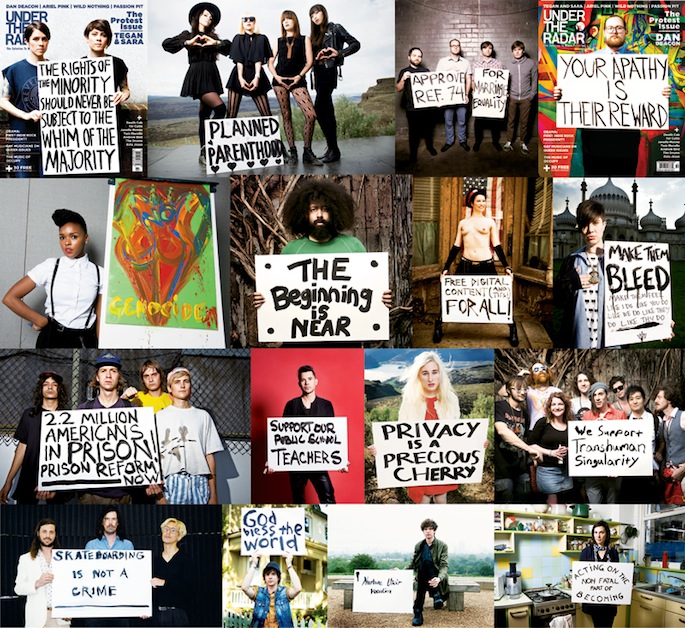 The auction benefits War Child, a charity that supports the children of war-ravaged regions.

Indie music magazine Under the Radar will release this year’s Protest Issue next week, with cover versions that feature Dan Deacon and Tegan and Sara.

For the issue, which includes stories about the music of Occupy and a discussion of queer issues in music, the magazine entreated a long list of artists to craft personalized protest signs. Beginning today, the signs are being auctioned off on eBay to support child advocacy organization War Child.

The signs are as diverse in message, from Blake’s reserved “Nurture Their Vocation” to EMA’s strident “Make them bleed. Make them feel like I do like you do like we do like they do like thy do.” The auction ends at 2 PM on October 23. [via Pitchfork]