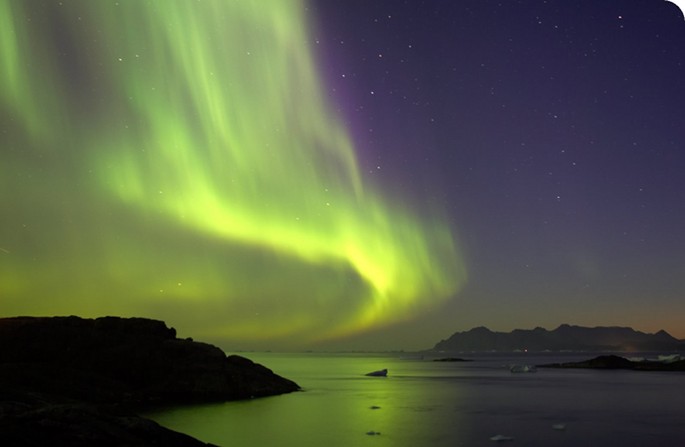 Jim O’ Rourke has regularly dabbled in the astral, whereas Will Oldham tends to stick to rootsier fare – but both are turning their gaze skywards for a new project.

As Exclaim report, both artists have signed up to contribute to a new documentary about the aurora borealis. Magnetic Reconnection, directed by Canadian filmmaker Kyle Armstrong, will feature an original score from O’Rourke, and husky narration from Oldham.

Aural treats aside, the film sounds pretty stunning. According to Armstrong: “The aurora footage is probably the best footage ever captured, as I travelled with an auroral imaging specialist with two decades of experience, and a custom built digital IMAX camera, purposely built for shooting the northern lights.” That includes a “90º at a 4:3 aspect ratio at over 6K resolution”, camera fans.

Both artist have some previous in this department. O’Rourke (whose Tokyo ATP festival was unfortunately cancelled last week) has scored and rescored a number of films, including Koji Wakamatsu’s 2007 documentary United Red Army. Oldham (best known for his work as Bonnie “Prince” Billy), meanwhile, practiced his narrating chops on an unabridged audiobook of Rudolph Wurlitzer’s Slow Fade, released last year on Drag City.

Magnetic Reconnection will premiere at the AFI Fest in Hollywood on November 1. A trailer is available to watch below, featuring O’Rourke’s delicate score and some poetic interjections from Oldham.