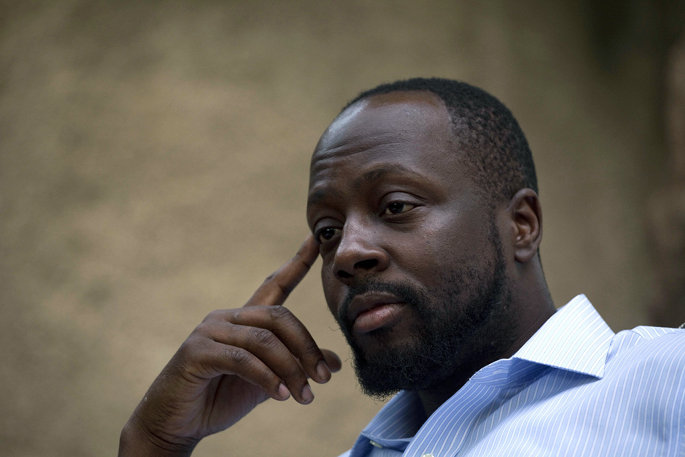 The former Fugee (and one-time candidate for the Haitian presidency) headed up a high profile fundraising campaign in the wake of the 2010 earthquake that devastated the country. Jean’s Yele programme had actually been active since 2004, but took on a significant role in building funds after the natural disaster, which is estimated to have resulted in around 300,000 deaths. Approximately $16m was donated to the charity, and the likes of Brad Pitt and Angelina Jolie canvassed for the charity.

The Independent report that, as of August, Yele has ceased operations due to a lack of funds. US regulators are now investigating how the NPO managed to work through its sizeable war chest in little over two years. The New York Times have suggested foul play, claiming that some of the money appears to have been diverted to businesses owned by Jean’s associates and family – including a $600,000 payment to his brother-in-law to assist in the “rebuilding of Haiti”.

Siginificant sums of money also appear to have been channeled into the charity’s property portfolio, including $375,000 on “landscaping” for one of its offices. Jean seems to have gained personally from the charity’s funds, paying himself $100,000 for a fundraiser appearance in Monaco and $125,000 to cover transport for a series of promotional interviews with TV programme 60 Minutes. The New York Times suggest that a tranche of the money also went on public relations, consultants and administration. Worryingly, the New York Attorney General’s audit of the company has only covered the years 2004-9 so far, and the expectation is that worse is to come.

Jean’s lawyer has claimed the singer is “committed to ensuring that things are made right”. Prosecutors, meanwhile, have offered Jean a $600,000 dollar plea deal as a means of dodging a trial – a deal which Jean has refused.