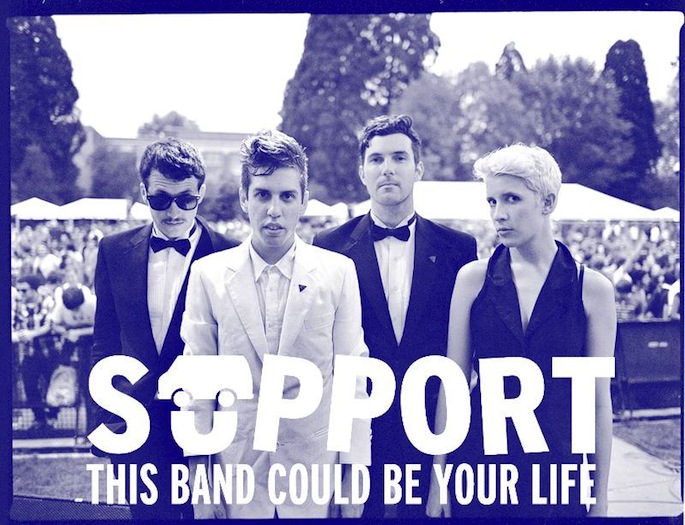 The DFA dance punks are developing Support for Amazon.

The newest series on Amazon Studios Development Slate is Support, a comedy about an opening band’s life on the road. The band drew from their own varied experiences to create their show; the pilot is expected early next year.

“Viewing the awkward, banal (and sometimes even degrading) realities inherent to playing in a band through the lens of comedy has helped us cope with how weird our lives consistently are,” they said via a statement.

“For the past three years, we’ve imagined our lives on the road as a TV show. In many ways, a tour is a perfect analogue to an episodic series: there’s a central cast of characters, recurring locations, absurd scenarios, and new conflicts to resolve every day. There are just too many stranger-than-fiction moments that we’ve wanted to share, but haven’t had the time or outlet to do so. We’ve been keeping notes of every ridiculous interaction and story in a shared document and we can’t wait to unearth them all through the show.”

In addition, the band announced a 10th Anniversary celebration show at Los Angeles’ Echoplex on December 8. The performance promises material from all eras and line-ups of the band, with “special guests, surprises and prizes and party favors for the audience!”

YACHT recently remade surrealist revolutionary song ‘Le Goudron’ for “a neon-soaked dance floor, our preferred autonomous zone.” The song was originally recorded in 1969 by Brigitte Fontaine with The Art Ensemble of Chicago. Stream/download the cover below.