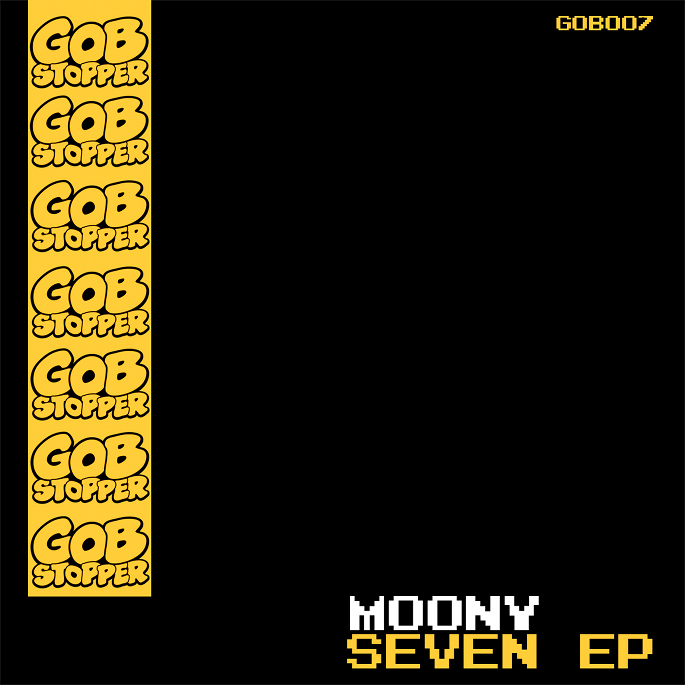 Over the last 18 months or so, Mr. Mitch’s fledgling Gobstopper label has been an interesting  new feature of the grime topography.

For the most part, it’s been a label in its maker’s image, hosting dinky 8-bit grime productions from Moony (the I’m A UK G EP) and, on three separate releases, Mr. Mitch himself. There’s been the occasional headturner, though: Bloom’s bizarre ‘Quartz’ is a modern eski classic, and came bolstered by a winningly uppity Slackk remix.

As Dummy report, GOB007 arrives courtesy of Moony. The fittingly titled Seven EP is all things to all men: exuberant 2-step cuts ‘The Zone’ and ‘TNT’ will slap a smile on the face of vintage UK garage fans, whereas opening cuts ‘Grand Opening and ‘Seven’ are odder and slower. The cheesy saxwork and general tinniness won’t be everyone’s tipple, but, as chapters in the Gobstopper story go, it’s worth a read.

Seven is due on November 9.