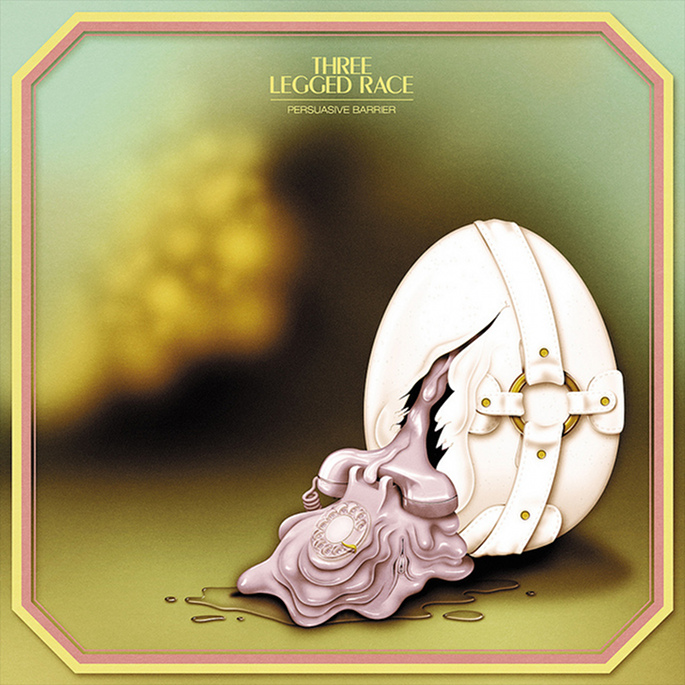 Another day, another Spectrum Spools release.

Following on from news of a new LP from electronic auteur Bee Mask, the ever-industrious Editions Mego sub-label has announced a fresh release from Robert Beatty, aka Three Legged Race.

The Kentucky multimedia artist remains best known for his work with uncompromising noise unit Hair Police, who have toured with the likes of Prurient and Sonic Youth. He’s also been responsible for some highly recognisable design work, including Peaking Lights’ Lucifer and the Real Estate logo. Under his Three Legged Race alias, he’s churned out heaps of cassette releases over the last decade, the most recent being the dreamy Raining Order on NNA Tapes.

New album Persuasive Barrier is being pitched as Beatty’s first full LP under the Three Legged Race moniker, and features material from sessions dating from 2008-2012. The eight-track disc will oscillate between ambient pieces and scattershot digital collages, with the label promosing a “fluid, flowing and comprehensive” survey of Beatty’s work.

Persuasive Barrier is due on December 3. Beatty’s icky cover art is above, with older cut ‘Raining Order’ available below.