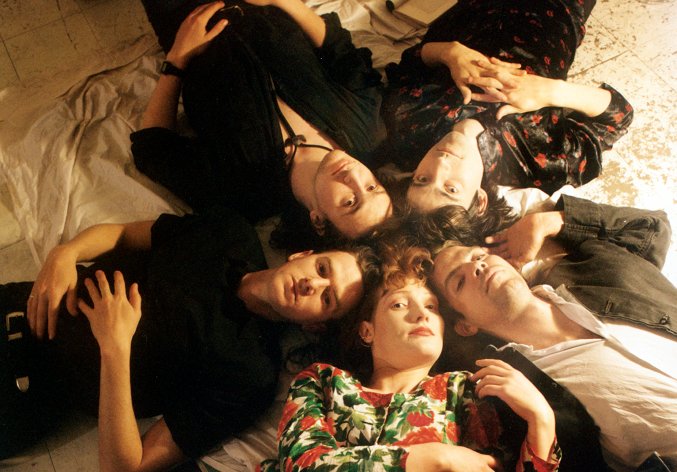 Cult post-punk proposition Crime & The City Solution will re-emerge in 2013 with a brand new LP.

Led by Simon Bonney, the band specialised in scuzzy, melodramatic indie rock with a noirish bent. After a short-lived incarnation in Australia in 1977-9, Bonney moved to London in the mid-1980s and recruited The Birthday Party’s Roland S. Howard and Mick Harvey (and, latterly, post-punk legend Epic Soundtracks) as side players. After a run of sinister EPs on Mute, 1986 debut Room Of Lights – a sweeping, eerie set of backroom blues – saw the band’s stars align. With the departure of Howard and Soundtracks, the band decamped to Berlin for three more vintage LPs, Shine (1988) The Bride Ship (1989) and Paradise Discotheque (1990); Alexander Hacke of Einstürzende Neubauten and Chrislo Haas of D.A.F. were among the established musicians to join the collective during the period.

After decades of hibernation, the band have recently whirred back into action. Last month, the band released primer An Introduction To….Crime & The City Solution: A History Of Crime – Berlin 1987 – 1991, which collected choice material from their Berlin stint. They’re also currently engaged in their first world tour in over 20 years. Most exciting of all, Bonney revealed last year that the reconvened band were working on new material, details of which have now emerged.

American Twilight will be the band’s first studio album in 23 years, and will arrive on Mute in 2013. The record was recorded in Detroit with a team including long-time member Bronwyn Adams, Hacke and Dirty Three’s Jim White. A comeback single, titled ‘My Love Takes Me There’, has also been previewed: noticeably less rugged than the bulk of their earlier discography,’My Love Takes Me There’ channels the pomp of fellow Aussie Nick Cave, and nods towards Arcade Fire’s devotional indie-rock. Peep below to sample the track.