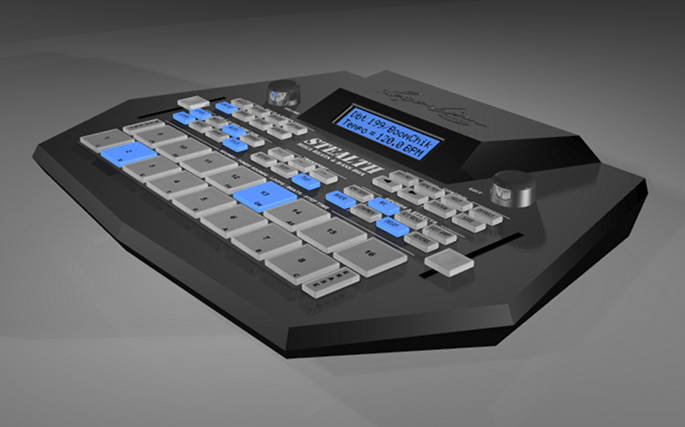 Storied instrument designer Roger Linn has had a vital (and, beyond tech circles, under-acknowledged) role in the development of contemporary electronic music.

Back in 1979, Linn was responsible for the LM-1, the first drum machine to play digital samples recorded from live instrumentation, as opposed to on-board synthetic sound effects. Although rare as hen’s teeth now, it’s not difficult to find recordings of the LM-1: Prince, Kraftwerk and The Human League have all made use of the instrument.

After working on a pair of follow-up machines (the Linn 9000 and the LinnDrum), Linn subsequently jumped ship to Akai to work on the MPC60 and the MPC3000. In later life, Linn has turned his attention to guitar pedals, although he was also responsible for the DSI Tempest drum machine.

Create Digital Music point towards a section on Linn’s website called ‘Shelved Product Ideas’, which showcases prototypes for new kit that never made it to market. The selection includes a Modular Control Surface, some very funky looking drum machines, and an alternative universe version of the Tempest. If you’re so inclined, it’s an enjoyable way to fritter away an idle five minutes.

Head here to see the kit-that-wasn’t.