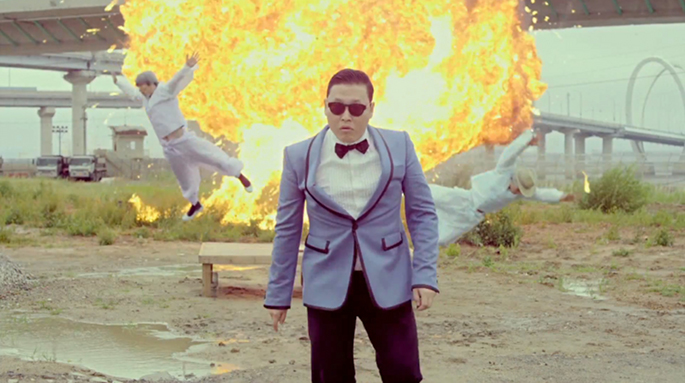 For those who haven’t seen it, PSY’s ‘Gangnam Style’ is…oh, why bother. You’ve seen it.

In a speech to Wall Street analysts on Thursday, Page held up the YouTube phenomenon as an example of how commercial distribution might work in future. “Just flip a switch and get worldwide distribution, almost without doing any work. That’s how we see the future. YouTube is going to be available everywhere.” PSY’s clip, it should be noted, has racked up over 480m hits.