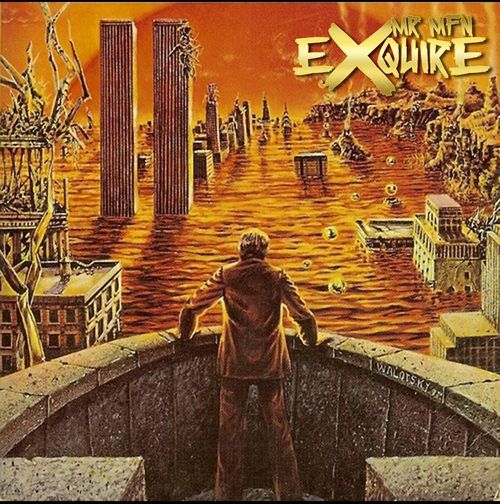 The Brooklyn MC leaks a new mixtape, allegedly against the wishes of his label.

With his major label debut dropping on November 6, eXquire stokes the flames with a new mixtape, The Man In The High Tower. Always controversial, he says his label Universal did not want him to release it.

“So I had this tape I wanted to drop but my label fighting me cuz they hate me to rap but y’all could find that shit if u smart,” he tweets. “Y’all spin that “Man In The High Castle” some of that music is really old but it meant a lot to me that people heard it now.”

The apocalyptic art might not as head-turning as that of his breakthrough mixtape Lost in Translation, but it doesn’t disappoint. Download The Man In The High Tower now, and stream Passion & Power cut ‘Telephuck’ below.