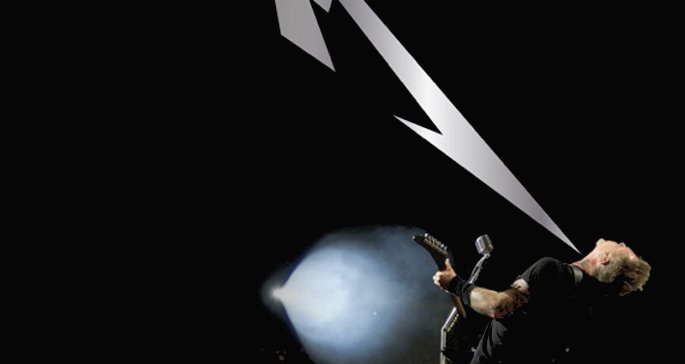 Metal giants Metallica will be releasing a new concert film, just in time for Christmas.

According to a post on the Metallica website [via Exclaim], the double-DVD release will feature music from two 2009 shows in Quebec City, while touring 2008 album Death Magnetic. The tour, billed as World Magnetic, and ended up Metallica’s most financially successful ever.

“There are still some ‘i’s’ being dotted and ‘t’s’ crossed”, claims the post, “so we can’t give you a name or fancy logo just yet, but we’re pretty excited that for the first time we get to hold all the reins on a release from start to finish.”

Metallica, of course, have also had a 3D film in the making for quite some time – this at least should keep fans occupied until then. The tracklist for Quebec Magnetic, a working title, has been voted for by fans, and the release will arrive on December 10.