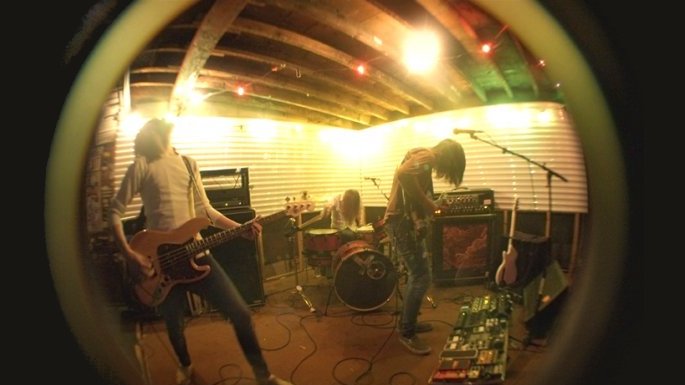 Lionel Williams’ solo project has become something of a lodestone for internet buzz in recent months. The L.A. musician’s turbulent psychedelic is thick and woozy, but, unlike the scuzzy sketches of Gary War or Amen Dunes’ slanted Americana, Williams’ music is inviting, exhilarating and propulsive.

‘Higher World’ is cut from the same technicolour cloth as ‘Harmonious Change’, but the new track ups the krautrock influence considerably. The motorik tics are revved up, and there’s a sense of burning urgency; at its most ecstatic, ‘Higher World’ recalls the more exuberant moments of the Stereolab canon, and builds to a swirling climax. Heady stuff.  [via Pitchfork]

Lemniscate drops on November 12 via No Pain In Pop.