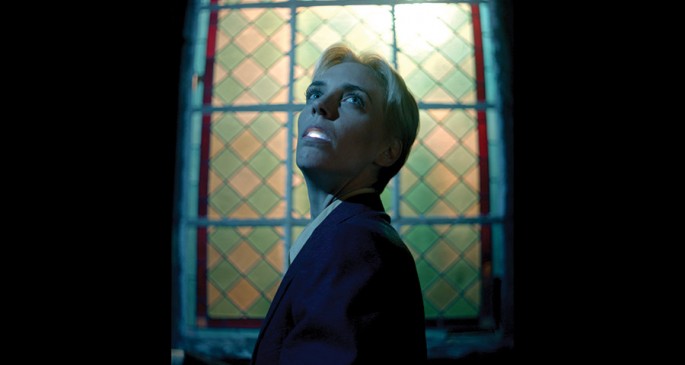 On Tuesday 13 November, the Curzon cinema in London’s Mayfair will play host to a special screening of Dave, the 23rd instalment in Radio Soulwax‘s themed audio-visual album series.

The film element is by Wim Reygaert, and its protagonist is Dave – a character with more than a passing resemblance to David Bowie, and played by the Belgian model Hannelore Knuts.

According to a press release, it’s “a fever dream about his life and career. Reality gets mixed up with stories and elements from his music and lyrics in a way that is only possible in films. In the dream, Dave is a private eye who can travel through time. His mission is to track down and exterminate all other versions of himself. If he fails, the world as he knows it will cease to exist.”

This is the trailer:

Tickets for the London screening, which also features a Q&A with the director and Soulwax / 2ManyDJs themselves (David and Stephen Dewaele), hosted by George Lamb, are available here.