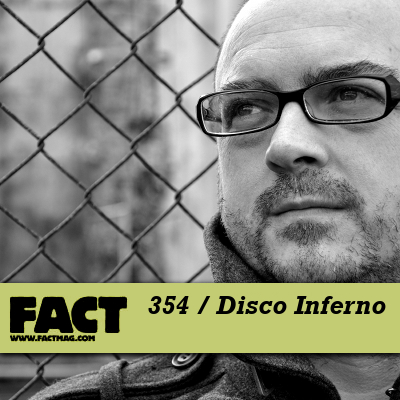 Just once in a while, we like to chuck a very odd spanner in the mixworks (think Moon Wiring Club, think Julia Holter) and this is one of those occasions.

Paul Wilmott was the bass player (with Ian Crause on guitar and vocals and Rob Whatley on drums) with the revolutionary, revelatory 90’s trio Disco Inferno, whose 5 EPs compilation was this year finally released on vinyl and reviewed by us here. He then went on, with Rob from DI, to form short-lived act called Transformer and then another band called Lisp. And then nothing.

The Disco Inferno story has been something of a poignant bitter one, a catalogue of critical indifference, audience hostility, financial problems and eventually disintegration – a band that was rarely heard at the time and even less known afterwards, with only a few devoted fans keeping the memory of their unique legacy alive. Fortunately, interest in the band has finally started to surface again with One Little Indian’s reissue of 5 EPs. And joyously, it would seem that both Paul and Ian seem to be making tentative forays back in to the music world.

Paul’s mix for FACT is a genre-shredding trip through darklands of marginal sound, an ambient collage as defined by David Toop in Ocean of Sound and a retrospective document of influences. Despite the extremities of some of these influences, the mix hangs together as a DJ set and is structured accordingly. In other words, it’s as brilliant and unique as could be expected from someone who should have achieved a lot more recognition by now. Paul had this to say:

“I had been taking something of a hiatus from music until last year. The new interest stoked something to start the creative cogs turning and I’ve found that having time off has helped me re-evaluate the creative process – I’m attacking music with a new energy. There are a couple of collaborations in the pipeline which may surprise people, I’m also working on a sound installation for an arts festival later in the year.

“The initial seed for the mix was influences for DI, but I found it a little too predictable and a little bit dull. There are influences in there Scott Walker, God, Spring Heel Jack (through the work with John Coxon) and other things that I felt were relevant even though I they were not direct influences at the time.”