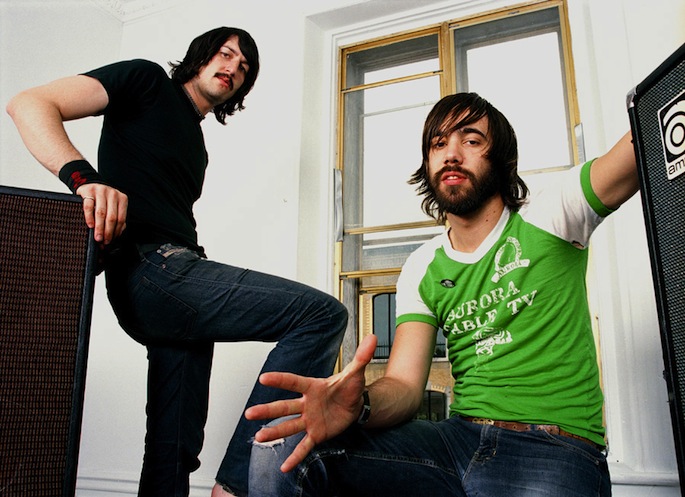 As promised, Death From Above 1979 played their first new material since 2004’s You’re A Woman, I’m a Machine. Previously, singer-drummer Sebastien Grainger assured fans that the duo would “throw our little muscle bound babies to the lions and see who survives.”

In the three clips below, shot at Ontario’s Studio Theatre, it appears that DFA1979 is keeping to their raucous, dance-punk sound. The video comes a day after the band politely (and naively) asked attendees to “respect the sanctity of what we are doing and to try your best to not shoot video or record audio.” The remainder of the band’s Canadian tour dates are below the videos. [via Consequence of Sound]