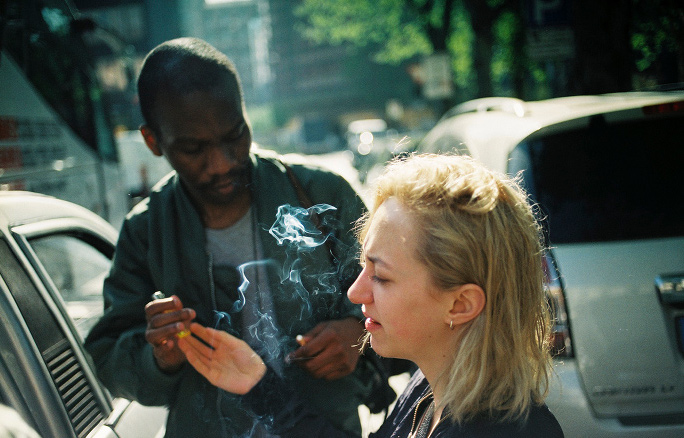 Hype Williams dude Dean Blunt has made a habit of throwing curveballs, and lovely new cut ‘Need 2 Let U Go’ sees him flinging another googly.

Yesterday, as Tiny Mix Tapes report, Blunt uploaded a new track titled ‘And I’ll Show You Heaven If U Let Me’. Swathed in feedback and as cussedly lo-fi as you might expect, the track showed Blunt continuing to develop the sort of botched psych(o)-pop found on this year’s The Narcissist II tape.

Before long, however, ‘And I’ll Show You Heaven If U Let Me’ had been yanked from the web. Another track, ‘Need 2 Let U Go’, was subsequently installed in its place, and it’s a comparatively delicate little creature. It’s the best kind of farrago, a weirdly charming blend of off-key vocals, curdled trumpets and the sound of a lorry reversing.

Blunt’s exceptional The Narcissist II collage piece, originally released back in February, is being reissued by Hippos In Tanks. The Narcissist III is supposedly in the works. Hype Williams play the Tufnell Park Dome on November 24.