Pharrell is “in the lab” with Tyler, the Creator and Miley Cyrus 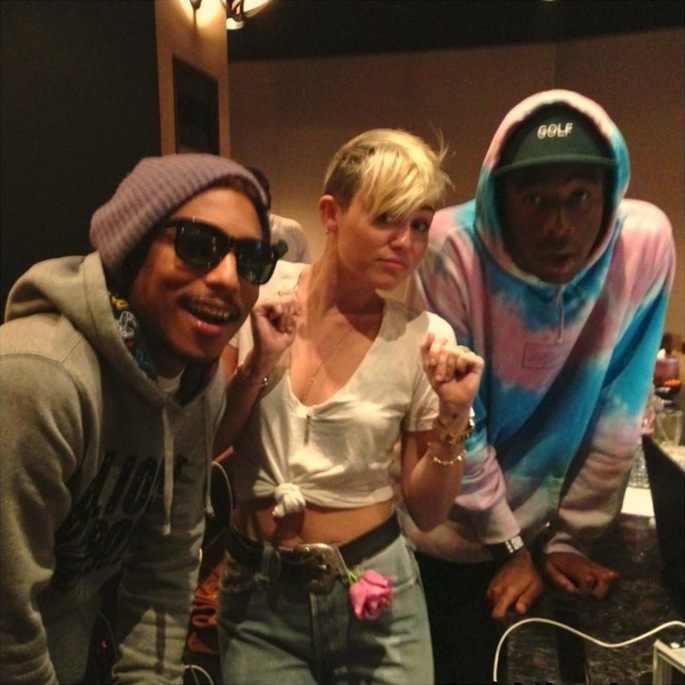 The Neptunes über-producer is joined in the studio by an unlikely pairing.

After nearly two decades in the music industry, Pharrell Williams has worked with a wide-ranging variety of artists. Yet his tweet of an in-studio photo with Odd Future supremo Tyler, the Creator and Disney-gone-bad pop star Miley Cyrus is still surprising (and not only because of a pitiable Twitter beef between the pair).

No word on what, if anything, this studio session will result in. As always, Williams has contributed to some of the year’s most promising efforts, working with Kendrick Lamar and Frank Ocean on their Album of the Year contending debuts. In addition to lending a hand on Cyrus’ next album, he is reportedly working on Solange Knowles‘ next effort, as well. Stream Lamar’s Pharrell-produced ‘Good Kid’ below.