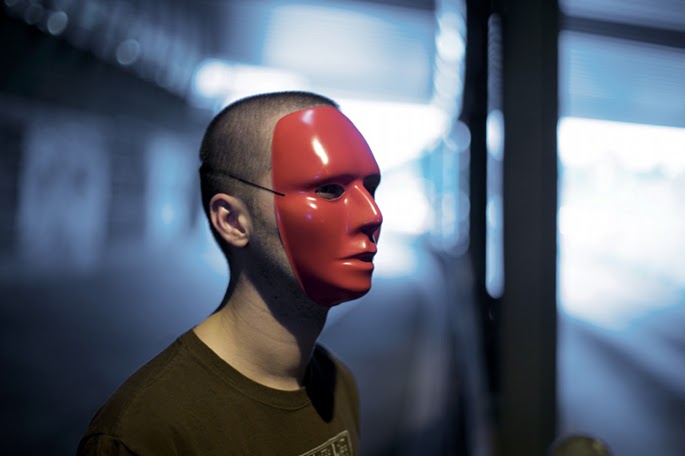 Masked techno marauder Redshape is back with a new album.

The Berlin producer arrived swathed in mystery back in 2006, turning out Detoit-inflected short-form techno releases for the likes of Delsin, Millions Of Moments and Styrax Leaves. At his best – see 2008 squelchfest ‘Blood Into Dust’  – the producer (since outed as a chap named Sebastian Kramer) makes sinewy techno with a real sense of build and release. 2009’s The Dance Paradox showed Redshape testing out his methodology in an album setting; the results were classy and clever, ranging from doomy breakbeat to windswept acid techno.

Redshape’s new LP Square arrives on Gerd Jansen’s Running Back label, and sees Redshape sounding both subtler and more cinematic. If the air of dystopia wasn’t apparent enough, the record also includes a guest spot from doom-mongerer Spaceape, recently seen striking out alone on the rattling ‘On The Run’).

Square is now available to stream in full here, courtesy of Resident Advisor. The album drops next week.