Pixies, The Stone Roses and an angry Morrissey to feature in tribute to vintage post-punk zine Ablaze! 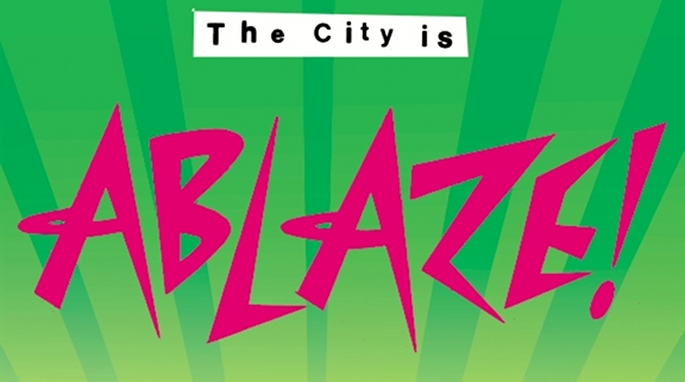 A plush new book seeks to commemorate one of Northern England’s most distinctive counter-cultural zines.

Ablaze! was published in the late 1980s in Manchester and Leeds, and ran on into the early 1990s. In a sector that could hardly be called tight-lipped, the magazine was renowned as a particularly rambunctious forum for the discussion of contemporary indie music. Magazine proprietor Karren Ablaze! has collected a host of interviews from the archives; subjects include Eyeless In Gaza, The Stone Roses, Pixies, Dinosaur Jr, Throwing Musses, Mudhoney, My Bloody Valentine, Pavement and Happy Mondays, among many, many others.

The 320 page A4 book also features new writing from The Cribs’ Gary Jarman, Lucy Cage and Deborah Withers, plus a new assessment of the Riot Grrrl movement. The set also collects material from Ablaze’s other zine projects, and promises “irate letters” from Thurston Moore and Morrissey (“There are other people to condemn, Karren – aren’t there?”).

The City Is Ablaze! is available to order here.