Sells Like Teen Spirit: smashed guitar from iconic Nirvana video up for auction at Christie’s 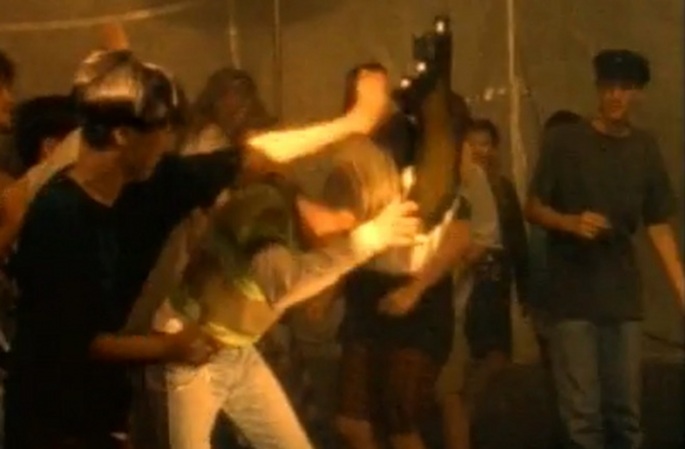 Samuel Bayer’s ‘Smells Like Teen Spirit’ clip remains one of the more iconic visual documents of the grunge movement.

The hellish sixth form concert gone wrong continues to chart high in polls of the greatest videos of all time. In the memorable closing frames, grunge man-mountain Krist Novoselic has his guitar smashed to pieces by Kurt Cobain. On November 29, the remnants of said guitar will be sold at auction at fabled London auction house Christie’s

As NME report, the instrument is expected to go for somewhere between £15,000 and £25,000. The Zen-On guitar was supposedly bought at a bargain rate from a pawn shop on the assumption the instrument would subsequently be brutalised on set. Pricey stuff, but possibly a more worthwhile buy than a ticket to Courtney Love’s deeply dodgy Nirvana musical.

Other items in the auction include Bob Dylan’s 1958 high school yearbook. The item is expected to go for approximately £6,000, and is inscribed with a hand-penned message from the singer: “Dear Jerry, Well the year’s almost all over now huh. Remember the ‘sessions’ down at Collier. Keep practicing the guitar and maybe someday you’ll be great! A friend, Bob Zimmerman.”