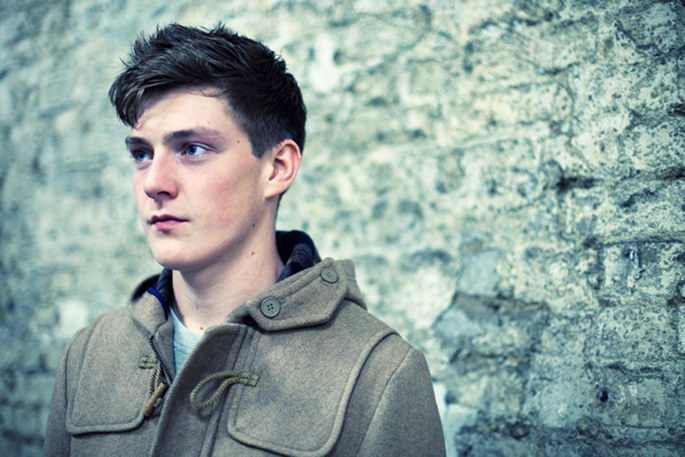 As Dismantle, Will Knighton makes heavyweight club tunes with just the right balance between unashamed jump-up and the alien shapes of the UK’s weirder corners.

We caught up with Knighton before his set at this weekend’s Neon Noise Project at Fire, London, with appearances also coming from Vitalic, Herve’s Machines Don’t Care and more, to find out a little more about his story to date.

So what’s your background? You’re from Brighton, right?

“Yeah I’ve lived here all my life. The music scene is wicked here, I was playing in clubs at a very young age at the big club nights and going to record shops like Rare Kind and Rounder Records, which unfortunately had to close at the end of the Summer. I haven’t got a huge, interesting life story of my background really. I was just a kid who was into electronic music at a very young age and as the years went on I decided to see how this music was being played and made, so i got a cheap pair of turntables and a cracked copy of Reason a year later when I was around 13 or 14. I would come home from school and sit on Reason all day either with myself or with my childhood friend Hizzle Guy, or get a load of mates round to rinse out on my Kam decks. Those days were great fun.”

Your stuff’s got that ultra-tight feel to it – like everything’s very crisp and precise, everything hits in the right place. Did you study music production or anything, or is it just a case of you spending a lot of time learning that side of things?

“[laughs] Thank you for the kind words! I actually can’t stand my mix downs – most producers will say this about their work. To be honest, I’m not the most technical person when it comes to mixing down, I just stick with what sounds alright and it gets to a point where you have to say ‘this is finished!’. I’ve got a load of tracks unfinished because if I tried to finish them i would end up with no hair and 20 cigarettes down [laughs]. All my tracks that are out now were made on Reason, with the help of putting things into Logic to tighten stuff and using plug-ins that can’t be used with Reason.

“One big thing which I’ve learnt is using the right samples and sounds. Some sounds will just not fit into a track, so changing sounds to fit the mix is very important. I studied Music Production at Diploma level at college and also a Foundation Degree at University level at Northbrook College in Worthing, Sussex. It would be unfair to say I didn’t learn anything there, I learnt a lot of stuff there and even the smaller things you get taught will help you with your production at home. It helped to be there a lot.”

“I saw an advert on TV for a CD called Back to the Old Skool Drum’n’Bass, and I still have it now. I went and bought a copy to the amazement of the guy working at HMV. I couldn’t even see above the counter.”

What stuff were you into growing up? What was the music that made you start producing – dubstep?

“I started listening to jungle/drum’n’bass when I was about 10. I saw an advert on TV for a CD called Back to the Old Skool Drum’n’Bass, and I still have it now [laughs]. I heard some of the tracks on the advert and thought what is this? This sounds amazing. It was all jungle tracks from 1992 to 2000, it was 2002 at the time. So I went and bought a copy to the amazement of the guy working at HMV. I couldn’t even see above the counter. Then after that I was on the DnB Arena website everyday checking out new tunes and stuff to do with the genre. A few years on I bought a pair of turntables. I didn’t know the culture or the club side of it that came with it i just loved the music. A few years on I met back up with my childhood friend Hizzle Guy who was also mixing and had been for ages. He introduced me to dubstep in 2006 and I started listening to that. It was an old Dubstep Allstars CD, can’t remember which one. I was already attempting to produce drum’n’bass at this point, so I gave dubstep a go as well.”

Your music’s all quite hype, quite Dutch – can you see yourself doing more laid-back stuff any time soon?

“I do make all types of stuff. I’ve made some jungle-y type things which came out on N Type’s Terrain Records last year. I used to make garage a lot as well but they just never really got heard. I’ve made a house track with Mensah, as his alias New York Transit Authority, which should be on my next EP and have made another 128 bit which is getting vocaled – that’s on the same vibe as my track ‘Dots’.

“In the future I’ll definitely be experimenting with more stuff. I think it’s very important as a music producer to try new things and try and do things which haven’t been touched before. It’s tough because completely changing your sound without doing it in the right way can damage your career in certain ways. But then again, the producer is expressing himself through the music and when things get into a strict formula, it gets tougher to try new things. I’m just writing things that I feel comfortable with writing at the moment.”