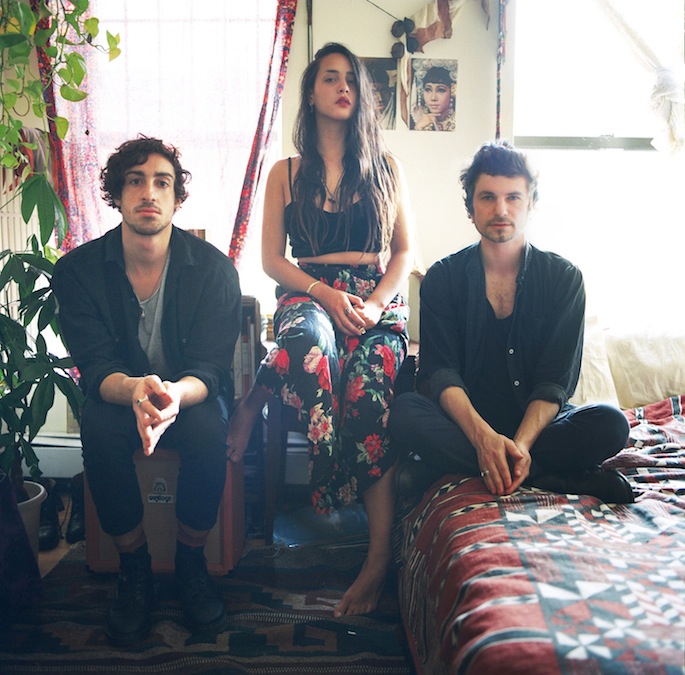 The Brooklyn-based collective filters their lush compositions through a world of influences.

The members of Young Magic hale from Australia and Indonesia, origins that infuse their music with an exotic and mystical character. On their hypnotic ‘You With Air,’ the three-piece layers ghostly vocals, percolating synthesizers, and world beat percussion.

In the song’s video, directed by Sam Henry, a lithe dancer contorts his way through Brooklyn. Shot in black and white with a split-screen effect, the video becomes a Rorschach Test, which leads up to the video’s phantasmic conclusion.

The song appears on Young Magic’s debut album, Melt, out now on Carpark Records. After completing a European tour, the band will support Purity Ring on their 2013 North American tour; their full dates follow the video.