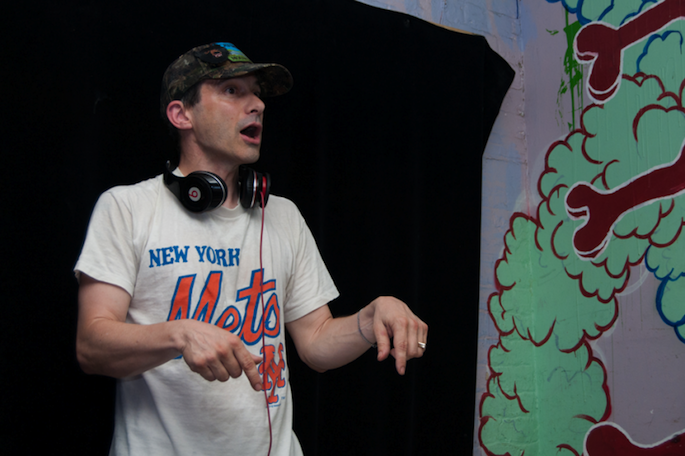 The December 2 performance is the Beastie Boy’s first Los Angeles gig in years.

As Spin reports, the evening’s festivities have been dubbed “Ad Rock Presents And Performs With His Friends & NYC Sensation Bridget Everett.” The event will be held at famed LA club Largo, which has a capacity of under 300; tickets are on-sale now.

In June, Ad-Rock performed a DJ set as part of a Pussy Riot awareness event at Brooklyn’s Death By Audio club. It was his first public performance since fellow Beastie Boys MCA passed away from cancer on May 4.

No word on what form the night will take, but Bridget Everett is a comedian/musician who will be accompanied by her band Tender Moments. Watch her perform ‘Boob Song,’ backed by Ad-Rock, a song that owes as much to Peaches as it does to early Beastie Boys novelty records.