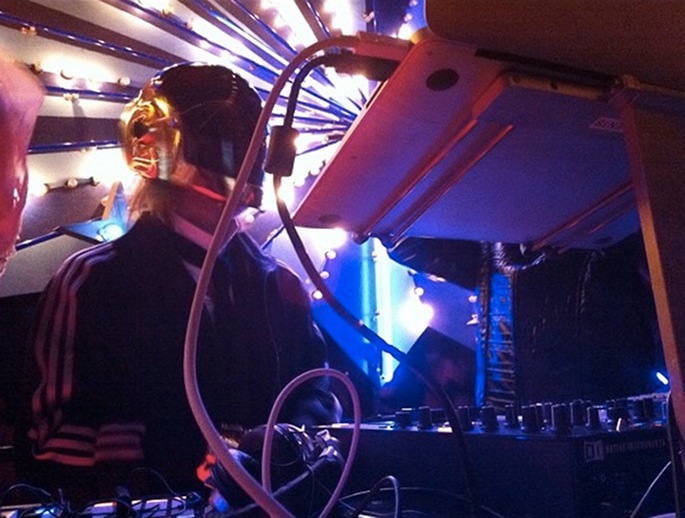 Diddy opted for Prince, Drake plumped for Borat – but, if reports are to be believed, Thom Yorke takes the Halloween biscuit.

Entertainment Weekly confirms that Yorke was in attendance by a glitzy Halloween party thrown by Maroon 5 earlier this week. According to reports elsewhere, however, the singer put in a surprise appearance behind the decks dressed as a member of Daft Punk.

As regards primary evidence, all there is the above photo (plucked from Instagram)- we’ll leave it up to you to ascertain whether that’s Yorke’s hair poking out from under the trademark gold helmet. No news as yet on reports that Thomas Bangalter spent Halloween in a latex Phil Selway costume.