M.I.A. discusses inspiration for upcoming album, which is far from finished 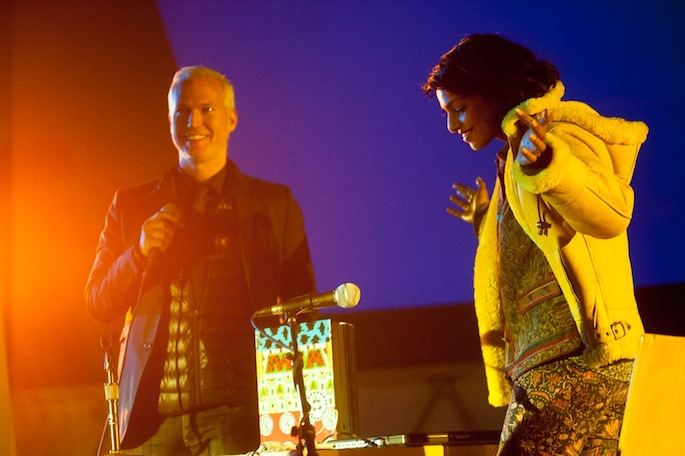 The controversial artist speaks at the Museum of Modern Art PS1’s Performance Dome.

According to Spin, yesterday’s chat was a wide-ranging, multimedia discussion of Maya Arulpragasam’s art and career. Along with her eponymous book and an upcoming collaboration with Versace, Arulpragasam explained the inspiration — if not the music — of her upcoming album Matangi. Instead, she shared one image, what Spin describes as a “Matangi mood board of sorts, whose central focus was two green parrots.”

Matangi, along with being a Hindu wisdom goddess, shares a name with MIA, whose first name is actually Mathangi. Furthermore, Matangi’s mantra is “Aim,” or “M.I.A.” backwards. According to Arulpragasam, Matangi is the goddess of spoken word, fought for the purity of information, and represented the Untouchables. “I was searching for parrots on Google and I found Matangi, who is parrot green,” she explained. “I didn’t go to an ashram, I went to India to Google parrots.”

However, Matangi is far from mixed and mastered; she’s still recording the album which she previously described as “Paul Simon on acid.” As for the sound, she says: “It’s not ‘I want to be trendy. I just want to make music that makes sense.”